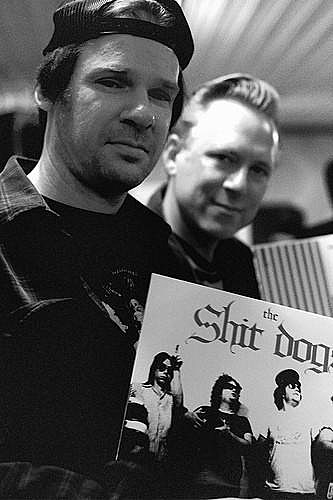 Jack Oblivian & The Tennesse Tearjerkers and John Paul Keith & The One Four Fives both just left Lucero's current North American tour that runs for another two weeks. Instead, the bands will detour up North (from their native Tennessee) for a seies of shows that include a performance at Brooklyn's Southpaw on Sunday, November 22nd. Tickets are on sale.

Jack's newest LP, Disco Outlaw, came out in May on Goner Records. Who is Jack?

Jack Yarber (aka Jack O and Jack Oblivian) is an underground hero--a well-respected, longtime member of garage rock's top royal family. The Memphis-based singer/songwriter/guitarist has been around since the early '80s, playing with Mississippi punks Johnny Vomit and the Dry Heaves, Memphis new wavers the End, garage rockers the Compulsive Gamblers, and, of course, the influential Oblivians. Yarber continually reinvents himself, mashing all his influences--a lil' bit country, a lil' bit Southern soul, and a whole lot gritty rock--into something all his own. [The Stranger]

Jack also plays in The Oblivians (hence the name) with Eric Friedl (aka Eric Oblivian) who also owns and runs Goner Records. A great video introduction to Jack is posted below with all tour dates...