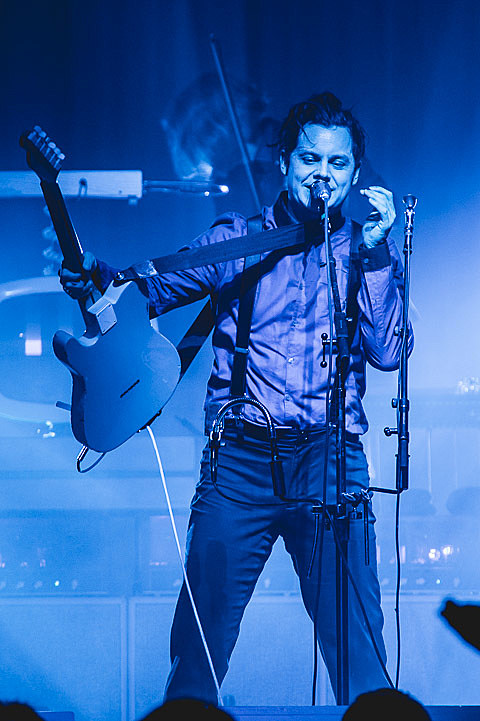 Jack White, who maybe you recognize from your baseball card collection, began his 2015 tour in Austin over the weekend with two sold-out shows at Austin Music Hall. We've got a full set of pictures (like the one above) of the first night over at BV Austin. Setlists from both nights below.

As discussed, that tour brings him to NYC this week for a show at Madison Square Garden on Friday (1/30) with Run the Jewels. That's now sold out. The Austin shows were with Chicano Batman, who are on most other US dates, and there's also a Nashville show with country legend Loretta Lynn and indie guitar great William Tyler. Jack also plays the South American Lollapaloozas and headlines both Saturdays of Coachella.