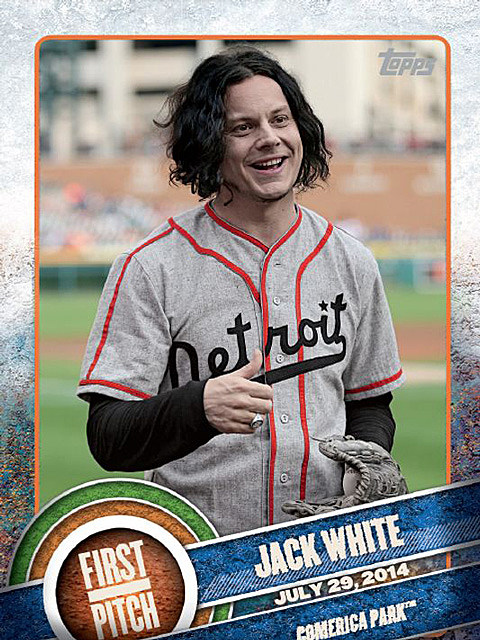 Noted baseball fan Jack White is having a childhood dream fulfilled -- he's going to be on a 2015 Topps Baseball card. Seen above, the card is from when White threw out the first pitch at a Detroit Stars game last July. He looks like he's having a better time than at that Cubs game.

The card is part of the 2015 Topps Series 1 set but good luck finding one. As the Detroit Free Press notes, it's an "insert card" which is rarer than cards in the base set. Jack does like his limited runs. Jack will be in NYC next week for his show at Madison Square Garden on January 30 with Run the Jewels opening.