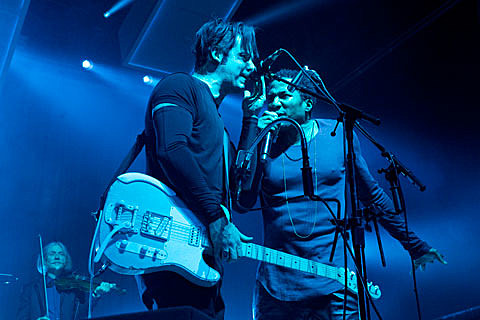 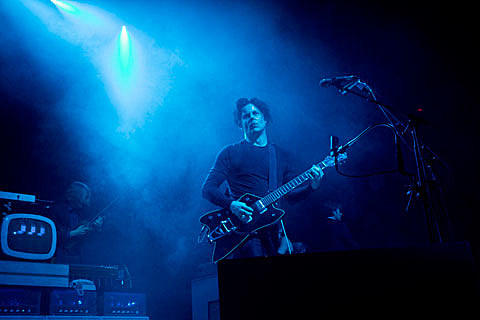 Detroit-raised, Nashville-based guitarist, music enthusiast, vinyl fanatic and baseball star Jack White took the stage at MSG last night (1/30) for his first time headlining as a solo artist (The White Stripes headlined in 2007). He and his band did not disappoint the sold-out crowd, and he brought out a few surprises along the way.

The night began with rap duo Run the Jewels, who brought loads of fun, energy and hype to kickstart the show. Atlanta-based Killer Mike and NYC native El-P blazed though tracks such as "Oh My Darling Don't Cry", "Banana Clipper" and "Get It". Perhaps the biggest highlight was surprise guest Zack De La Rocha of Rage Against the Machine, who came on stage to perform his verse on the track "Close Your Eyes (And Count to Fuck)". Watch video of that below.

Shortly after, it was time for Jack White. Quickly bouncing and thrashing around the stage during older fan favorites such as "Dead Leaves and the Dirty Ground", "Steady as She Goes" and "Hotel Yorba", he instantly reminded us how rich his 15-plus year history has been. Seven White Stripes songs made it into the setlist, including show-closer "Seven Nation Army". They played three by The Raconteurs. 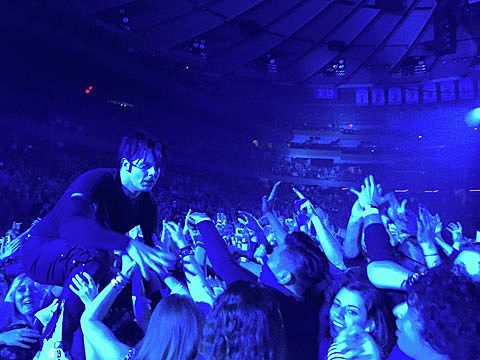 Jack also performed songs from his two solo records, such as the fiery instrumental "High Ball Stepper", as well as the tender "Blunderbuss". And much to our surprise, it turned out Run the Jewels weren't the only rappers on stage for the evening. Hip hop icon and A Tribe Called Quest member Q-Tip (who last played MSG during the 'Yeezus' tour, the greatest show Jack's ever seen in his life) appeared to drop a few lines during "That Black Bat Licorice", as well as perform the first verse from the Tribe classic "Excursions" from their second LP The Low End Theory. Video of that can be watched below too.

This concert was also streamed online live though Pandora. If you missed it, you can still listen to the loop through Monday (2/2). Starting Tuesday (2/3), the show will be available to stream by individual track.

Jack's tour continues in Ohio tonight. Remaining tour dates HERE. More pictures and the setlist from Jack's set, and the above-mentioned videos, below...

#runthejewels It's a privilege to watch people win just by being who the f*ck they are.

Not my pic but you have no idea how bad I wish it was. The show last night was incredible. #jackwhite #runthejewels #zackdelarocha #msg 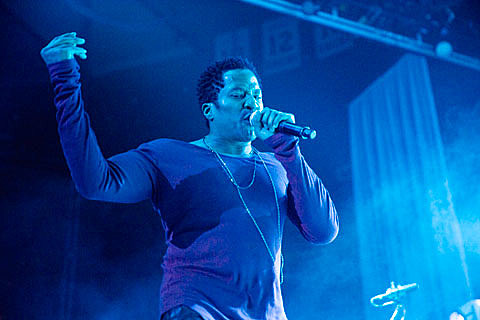 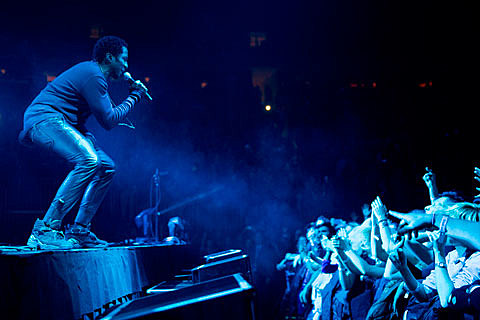 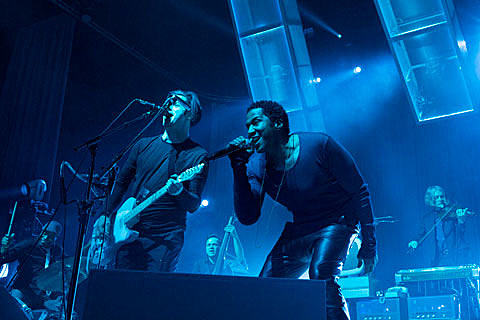 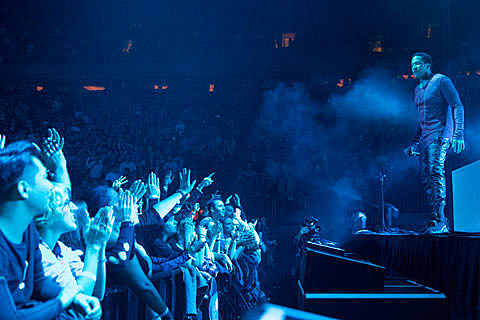 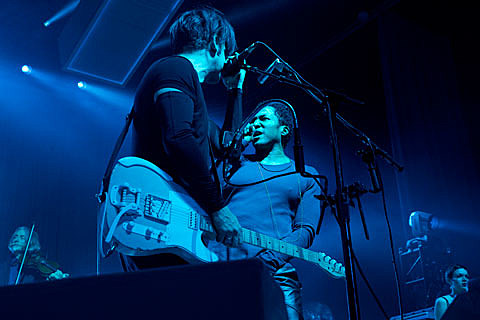 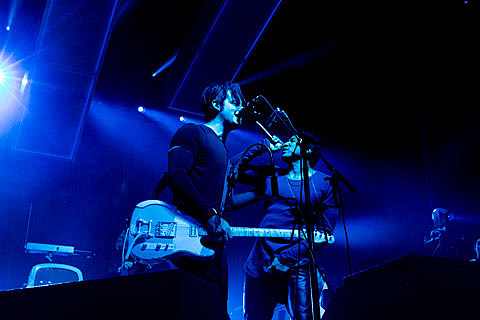 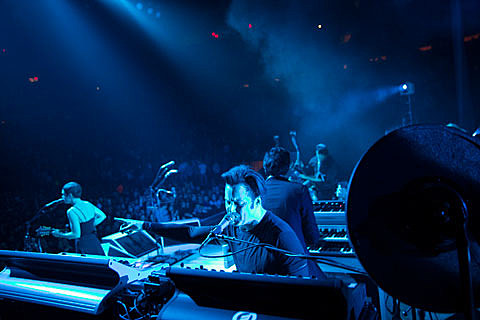 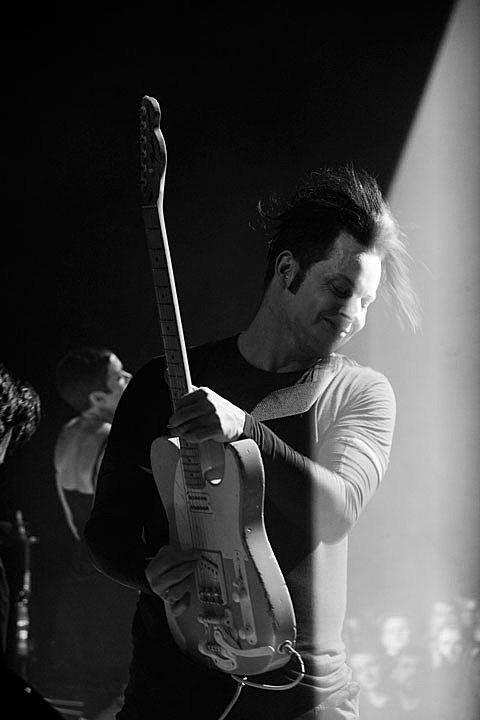 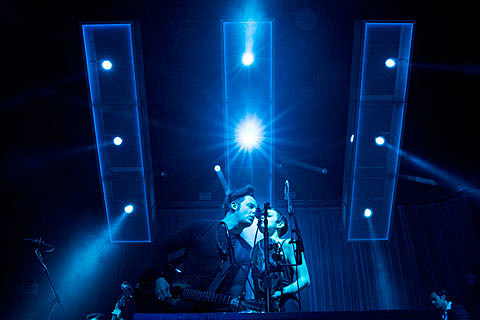 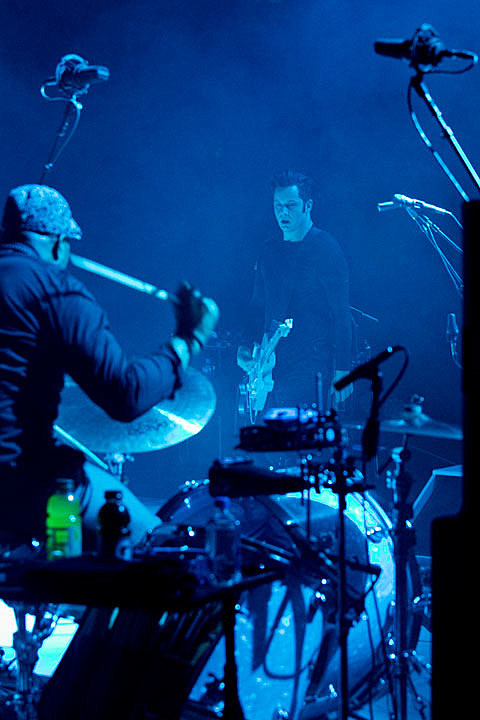 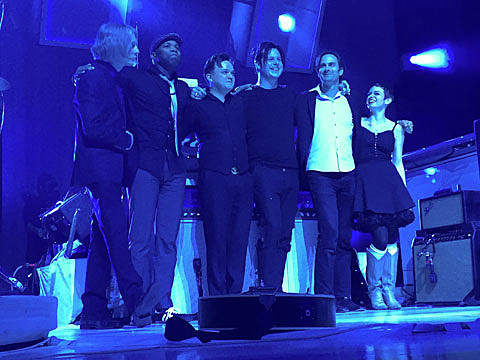