How much would you pay? 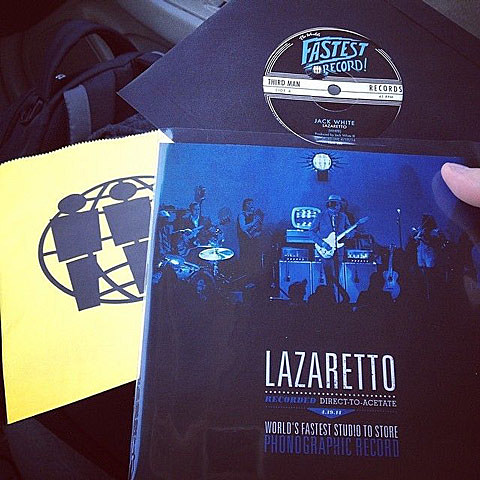 Of all the Record Store Day 2014 exclusives, the one now going for the most dough on the internet is Jack White's "Lazaretto" -- aka the "World's Fastest Released Record" which was recorded live, mastered and pressed in about three hours on Saturday (4/19). One copy already sold for a whopping $649.99 on eBay. If you just want to hear the thing, White has put it on YouTube and you can listen to that -- and watch a making-of video and check out the tracklist to his new album -- below.

Jack White - Lazaretto tracklist:
01 Three Women
02 Lazaretto
03 Temporary Ground
04 Would You Fight for My Love?
05 High Ball Stepper
06 Just One Drink
07 Alone in My Home
08 Entitlement
09 That Black Bat Licorice
10 I Think I Found the Culprit
11 Want and Able