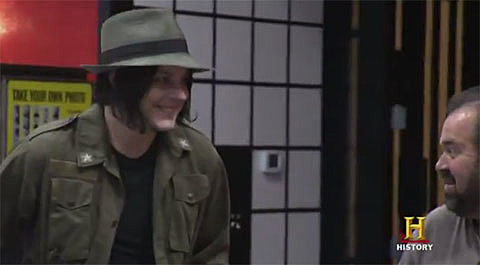 Jack drives a hard bargain with the American Pickers guys, offering personal artifacts including the actual photo booth used in The Dead Weather "Hang You From The Heavens" video in exchange for one of the most "memorable" treasures ever to appear on the show.

Set your DVRs. Watch the TV commercial, and a new video featuring Jack White from the Danger Mouse-Daniele Luppi album Rome, below.

Catch Third Man group The Black Belles on tour and in NYC in February.