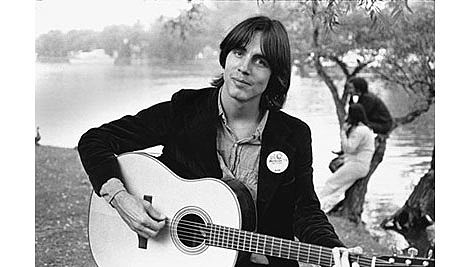 With shows billed as "An Evening with Jackson Browne," the summer 2009 dates-following legs in Australia, New Zealand, the U.K. and Europe-bring the world tour full circle. It launched with an initial U.S. leg last September coinciding with Browne's 60th birthday and the release of Time The Conqueror, his first studio set since 2002. The new album is out on the artist's own independent label Inside Recordings, and was produced by Browne and Paul Dieter. Upon its release, MOJO wrote, "Browne delivers elegantly considered weight and truth...His grand yet unpretentious imagery shows why he's admired by such diverse peers as Springsteen and Randy Newman...Throughout, his band plays with subdued beauty and Browne sings with resonant grace."

As previously mentioned, Jackson Browne's tour includes a show at Celebrate Brooklyn's Prospect Park Bandshell on July 21st. Tickets for that show are now on MusicToday presale and Live Nation presale (password = strings) and Venue presale. Tickets go on regular sale on Monday at 10am. All dates below...