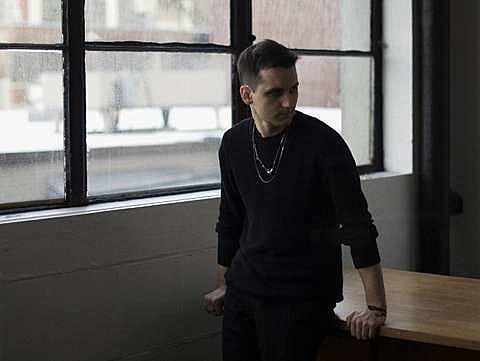 As just mentioned, The xx have revealed the openers for their upcoming tour and the opener for the first leg of the tour, including NYC's Terminal 5 (8/2), is Montreal's Jacques Greene, who will be DJing at the sold out show.

Jacques just released his second EP of 2012, Ready, this week (7/16) via 3024 (his first, Concealer, came out in January). Though Jacques is from Montreal, his beats are well grounded in the UK. The EP's three tracks are all driven by UK funky and garage patterns, and they're accented by the manipulated vocal clips that dominate the post-dubstep world. It's a great (and quick) listen, and if you haven't checked it out yet, you can sample the entire thing with 3+ minute clips of each song below. Also check out the video for the title track below.

While Jacques is in NYC, he'll be sticking around (or given the two week gap, perhaps he'll be scheduling more shows and then heading back) for two more NYC shows, including one at Le Bain on August 17 before playing Warm Up at MoMA PS1 on August 18 with Floating Points, Secret Circuit, and Hieroglyphic Being. Tickets for Warm Up are on sale now. Jacques is also one of the many artists lined up for this summer's Mad Decent Block Parties. He's already set to play the Toronto one on July 28 (the only one whose lineup has been announced), but the NYC party falls on August 5, just after he plays T5 with The xx, so it seems possible that he might play that one too.

Meanwhile, The xx just added a second night at Paradise Theatre in the Bronx in October.

A list of all Jacques Greene dates, the Ready sampler and video are below... 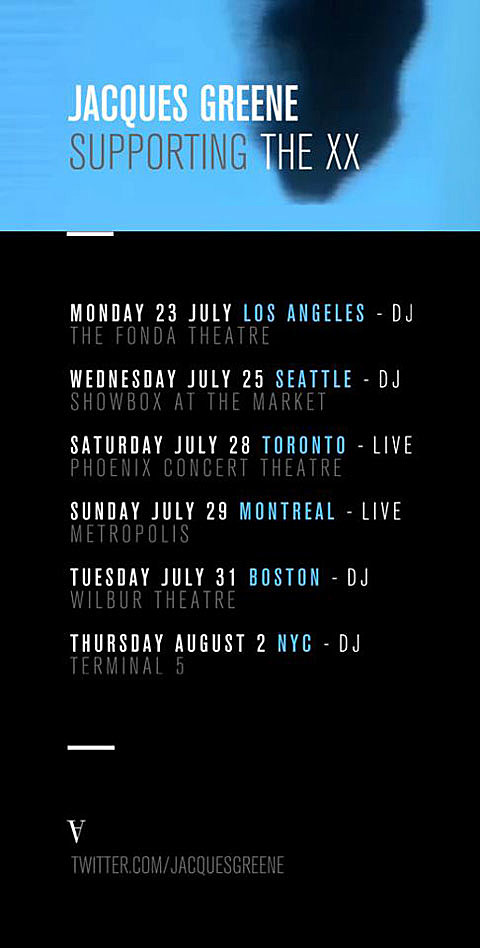