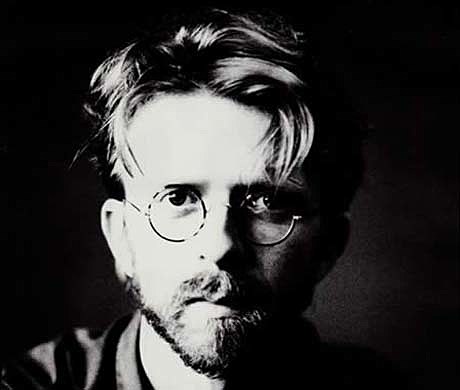 A former keyboard player with Echo and the Bunnymen has been killed in a motorbike crash on the Isle of Man.

Jake Brockman, who was 53 and married, lived in Bristol. He died when his bike was in collision with a converted ambulance near Kirk Michael on Tuesday [Sept. 1st].

Known to fans as the "Fifth Bunnyman", he had been associated with the Liverpool band since its 80s heyday and became a full-time member in 1989.

Brockman (RIP) wasn't part of the band's touring lineup (which just played All Points West on August 2nd), but his playing will be represented on their forthcoming album, The Fountain, which is set to come out October 12th on Warner Bros. Tracks from that are currently streaming on the band's MySpace.

Echo and The Bunnymen are going on tour in support of that album this fall. Its North American leg happens in November and includes a show at NYC's Hammerstein Ballroom on November 22nd. Tickets go on Live Nation presale Wednesday, September 9th at 10am. General sale starts Saturday, September 12th at 10am.

Opening the show will be Hatcham Social, a band that's been described on this site as "direct musical descendants of Orange Juice, Echo & the Bunnymen or, more recently, Clearlake: scratchy but melodic, with an occasional flair for the melodramatic, and very, very British." They were scheduled to play NYC-area shows in September opening for Charlatans UK, who were forced to cancel their tour because of injury.

All Echo & The Bunnymen tour dates are below...