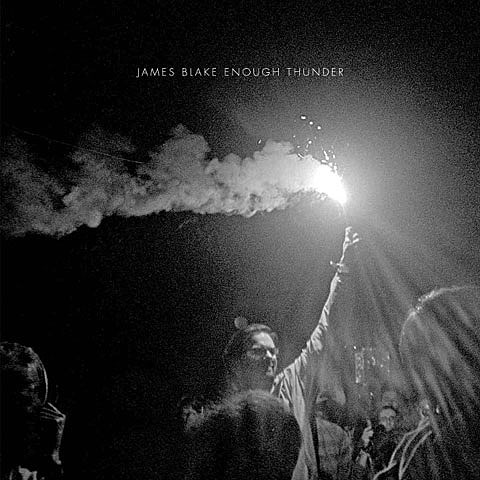 When James Blake posted his collaboration with Bon Iver, "Fall Creek Boys Choir" to his YouTube page, we mentioned that he also noted, "Enough Thunder - Oct 2011." It's since been revealed that Enough Thunder an EP set to be released on October 10 via Atlas (that's the artwork above). The EP will include "Fall Creek Boys Choir," James' cover of Joni Mitchell's "A Case of You", and four currently untitled original tracks. The cover is a picture taken during James's performance at Glastonbury this year.

James is set to kick off a North American tour in September that includes an October 5 Webster Hall show with Chairlift and an October 6 Music Hall of Williamsburg show with Austra. Both NYC shows are sold out.

Chairlift also play their own show at Mercury Lounge on October 24 after the James Blake tour. TIckets for that show go on sale Thursday (9/1) at noon.

Chairlift dates and streams of "Fall Creek Boys Choir" and "A Case of You" below...

James Blake - "A Case of You" (Joni Mitchell Cover)