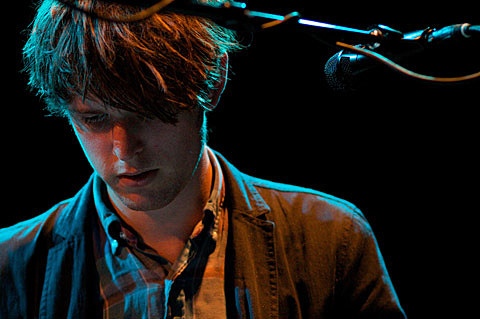 James Blake doesn't have too much coming up for 2012 at this point, but he'll be in NYC for the Tibet House Benefit at Carnegie Hall on February 13 with artistic director Philip Glass, Laurie Anderson, Dechen Shak-Dagsay, Rahzel, and Lou Reed. Tickets are still available. More artists TBA.

While he's in NYC, he'll DJ Le Poisson Rouge (2/12) one day before the Carnegie Hall show. The show is presented by R&S Records, who has released some of James Blake's EPs and singles, and also features R&S artist The Chain and Airhead, who James has collaborated with in the past. Tickets are on sale now.