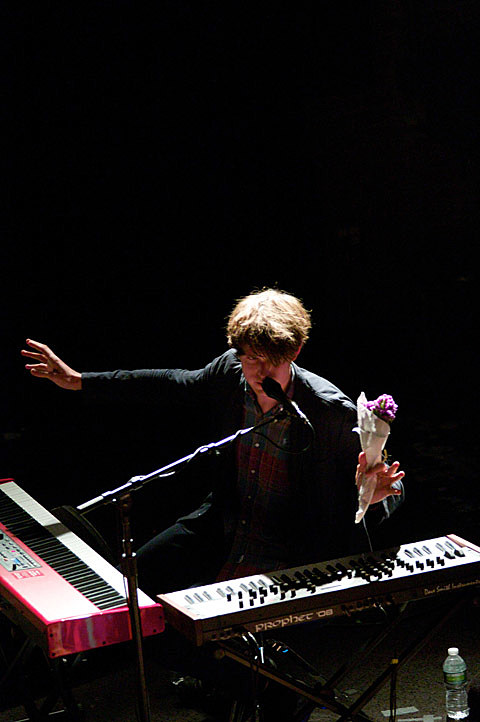 We haven't heard much from James Blake this year, who released one of our favorite albums of 2011. We know that he's been working on a follow up to that album, and that it's going to be "a bit more aggressive" but not much else has been revealed about it. Maybe news on that is coming soon, or at least a US tour may be brewing, because James is scheduled to play NYC on December 11 at Music Hall of Williamsburg. Tickets for that show go on sale Friday (9/7) at noon with an AmEx presale starting Wednesday (9/5) at noon, and they'll probably go fast considering he sold out that venue plus Webster Hall in a 2-night run last October. The MHOW show is his only scheduled US date at the moment, but it seems likely that he'll add more.

In related news, the first official single for his Harmonimix moniker, which he used before recording under his own name. The single is a collaboration with Trim and features the tracks "Confidence Boost" and "Saying." It will be out on September 24 via R&S. You can stream "Confidence Boost" below.