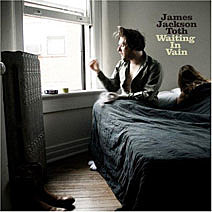 James Jackson Toth (ex-Wooden Wand) released an album called Waiting In Vain on 7/29 on Rykodisc. The album features, among others, Nels Cline (Wilco), John Dietrich (Deerhoof) and Andy Cabic (aka Vetiver) on guitar, and it was produced by Steve Fisk (Nirvana, Screaming Trees). You can download two tracks from that above.

Jex Thoth (not Toth, THOTH) is married to James Jackson Toth and used to be in Wooden Wand with him. Jex Thoth is also the name of Jex Thoth's band that used to be called Totem. Jex Thoth (the band) recently released a self-titled album that James (aka Grim Jim) played guitar and bass on. So just to recap: James Toth contributed to Jex Thoth's new Jex Thoth album Jex Thoth (someone please correct me if I messed that up). Stream Jex Thoth HERE. Get an MP3 above.

Jex Thoth has no upcoming shows, but James Jackson Toth is on tour with Hardly Art recording artist The Dutches & the Duke. The NYC shows are Sunday at Mercury Lounge and the day after that at Union Hall. James is also playing some dates with the Silver Jews. All dates below... 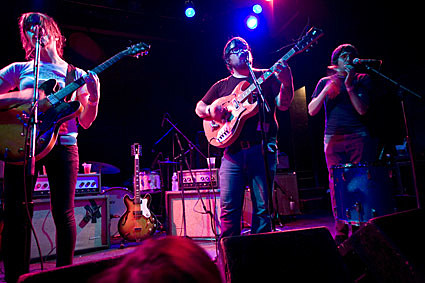