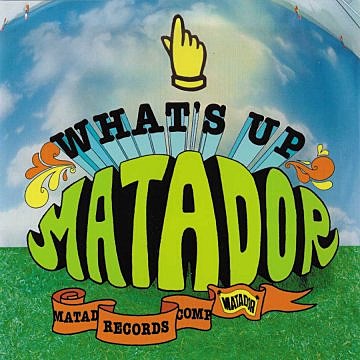 Matador label-mates James McNew of Yo La Tengo and Ted Leo both have December 2011 Maxwell's shows coming up and both contributed 'Best of 2011' lists to Matador Records for the label's annual big list of lists. Maybe their lists contain some clues on what special guests we can expect at their upcoming NJ shows (Yo La Tengo on all nights of Hanukkah, Ted Leo on New Year's Eve). At a minimum, Ted's list contains a great recommendation for vegan pizza in Brooklyn. Both lists are reprinted below... 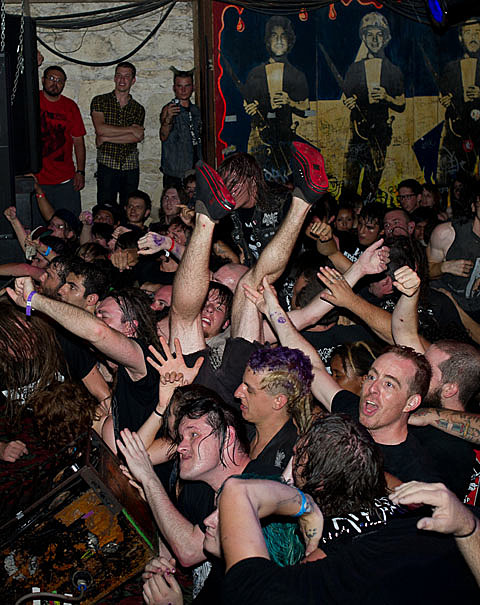 1. PUJOL, "Nasty, Brutish, and Short" EP - Nashville trio, fronted by one Daniel Pujol, making tight blasts of noisy power pop with a, dare I say "philosophical?" - YES I DO - "PHILOSOPHICAL" lyrical bent - not unlike a snottier and punker (but still humorous), concerned (but not emo), "Perfect Sound Forever" by some amazing people who, for all I know, may have never even heard "Perfect Sound Forever."
2. PUJOL, Live - all of the above plus better (and Mitch, the bass player's, long red hair flopping about).
3. DOOM (UK) at Chaos in Tejas - bought the "Police Bastard" 7? from somebody running a distro at ABC-NoRio in 1989, and first met Brian, the guitarist, in 1997, when he drove an old band of mine, The Sin Eaters, on our only UK tour. We began bonding over our mutual respect for our past achievements, but my respect for HIM went nova when he put on Monster Magnet's "Spine of God" followed by Rush's "Caress of Steel" on the night drive from London to Bradford. 2011 in Austin was the only time I've ever seen them live.
4. The fact that DOOM played the ENTIRETY of Crass' "Reality Asylum" as their intro music at Chaos in Tejas, 2011 - *TEARS!!*
5. Being able to spend a week on the other side of the mic as IFC's roving correspondent at SXSW this year.
6. Paulie Gee's pizza, Greenpoint, Brooklyn.
7. Jason Pierce (née "Spaceman")'s "Ladies and Gentlemen, we are Floating in Space" (Spiritualized) installation at the Creators' Project Festival, Dumbo, Brooklyn - an audio puzzle, that's secret lay within five different quad mixes arrayed on the floor of a gray open space, lit by four "sun" beams. Emo? In the ancient and best sense - a brain-stirring and heart-moving reminder of how music can transport. Genuis.
8. Iberia - TL/Rx tour of ONLY Spain and Portugal, via our label over there, La Castañya (Barcelona). They smoke almost as much as the kids in Florida, and vegan ain't easy, but still, I'd move there before almost anywhere else.
9. Summer 2011 midwest tour with Tweak Bird - for us, a chance to revisit a lot of "Tyranny of Distance" stuff on the occasion of its 10th anniversary, AND, we got to do it with this amazing heavy psych-punk-doom duo.
10. Comedy in New York and New Jersey - "The Best Show on WFMU," with Tom Scharpling, "Hot Tub" with Kurt Braunohler & Kristin Schall, Kurt's "Night of the Living," "How Was Your Week?" with Julie Klausner, "You had to be There" with Sara Schaeffer and Nikki Glaser, "Mr. Coconuts," with Gabe Delahaye, "Big Terrific" with Max Silvestri, "Pretty Good Friends," with Eugene Mirman, PLUS Ted Alexandro, Todd Barry, Wyatt Cenac, Jena Friedman, etc., etc., etc.
11. Comedy in other places - "The Paul F. Tompkins Show," in LA, Scott Aukerman's "Comedy Death Ray" in LA, John Hodgman EVERYWHERE.

Kurt Braunohler is on Ted's list, and is actually confirmed to open both of his upcoming NYC-area shows.