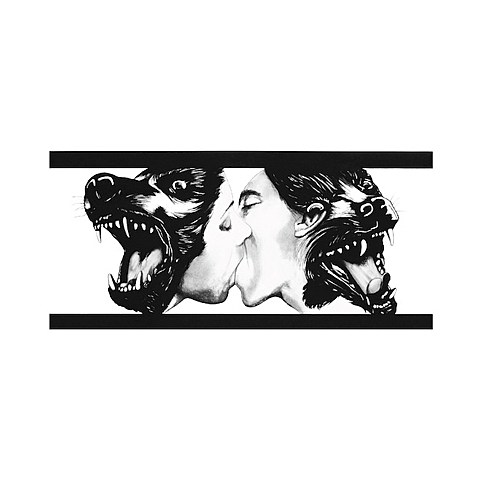 Synth pop duo Holy Ghost! will return with their sophomore album, Dynamics, on September 10 via DFA, and they've just released an outtake from the album sessions, "Teenagers in Heat," which was co-produced by DFA co-founder/LCD Soundsystem main man James Murphy. The song won't appear on the new album but it will be released as a 7" single and digitally. Download it above or stream it, along with the video for a track that will appear on the album, "Dumb Disco Ideas," below. Also below is the tracklist, and that's the album art above.

As you may know, Holy Ghost! will be touring with New Order this yaer, and that tour hits Brooklyn on July 24 at Williamsburg Park. Tickets for that show are still available.

Meanwhile, James Murphy will be DJing in Brooklyn the night after at Williamsburg dance club Output (7/25) for their weekly INPUT party. The show is billed as "James 'DFA' Murphy vs. Eric 'Dunks' Duncan" (Eric is a member of DFA's Still Going). Tickets for that show, which runs from 10 PM to 4 AM, are on sale now, and also available at Resident Advisor.

Song streams and Dynamics Tracklist below...