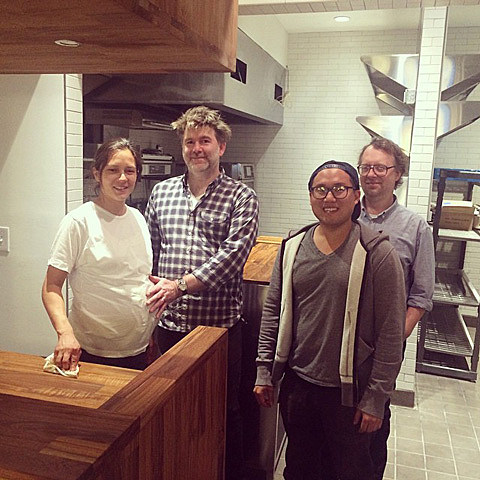 When a prominent chef heard that James Murphy had decided to open a wine bar in Brooklyn, he nudged Mr. Murphy to compose an online journal about the process.

Mr. Murphy mulled it over, at least for a moment.

"I thought I would call it 'the Worst Idea Ever,' " he said the other day with a flick of the self-effacement that became his hallmark as the brain behind the dance-punk band LCD Soundsystem.

No pearls of prose ever materialized, though.

James Murphy's new wine bar is called Four Horsemen (as in "of the Apocalypse"?) and is located in Williamsburg at 295 Grand Street which some of you maybe remember as the address of vegan fast food spot Foodswings. Of the venture, which he's undertaking with wife Christina Topsoe, Murphy says "I need something with really low margins, high risk, brutal hours and which I have no experience at."

Also helping the couple (who are due to have a child any minute) is Justin Chearno, the onetime Pitchblende/Turing Machine guitarist who has been a fixture at Williamsburg's UVA Wine Shop almost since its inception. There will be food too ("We keep calling it a wine bar because we want to underpromise and overdeliver") and he's worked hard on the acoustics, "mounting noise-soaking burlap on the walls and cedar slats and sound-absorption panels along the ceiling so that conversations can proceed at a civilized cadence." It all sounds very grown up.

Four Horsemen is set to open in early June. 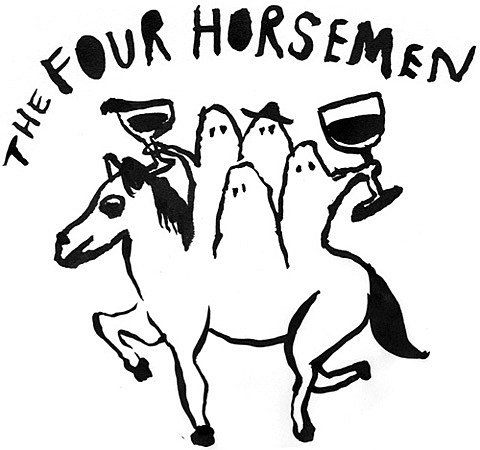