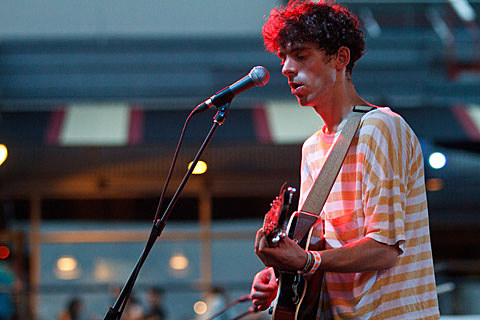 UK indie pop outfit Veronica Falls, who are touring in 2013 with great new band Cheatahs, just spoke to us about their ten favorite things of 2012 music, film, and TV-wise. It was singer/guitarist James Hoare, specifically, who sent his list over, and he really likes Girls. He's got the single for "My Ma" by the now-defunct band, the solo album by frontman Christopher Owens (which actually comes out next year, but we'll let it slide), AND the television show of the same name all in his top 10 list. He's also got fellow indie poppers Mac DeMarco and Woods, and reveals his classic rock soft spot by including the new Rolling Stones song.

Veronica Falls' tour with Cheatahs hits NYC on March 8 at Bowery Ballroom with Cold Showers and tickets for that show are still available.