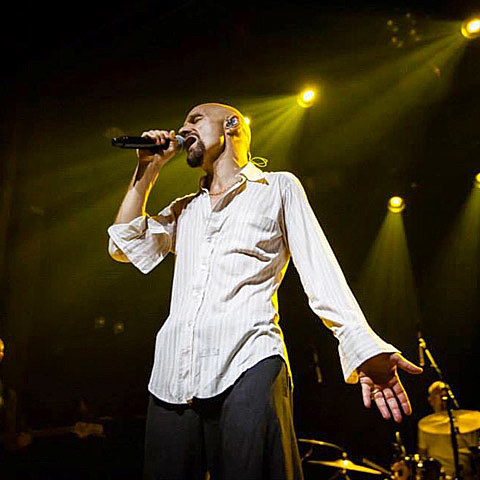 Veteran UK alt-rock band James are in town this week, having played Webster Hall on Tuesday (10/21) as part of CMJ. In addition to songs off their 13th album, La Petite Mort, the Manchester band played crowd favorites such as "Born of Frustration," "Come Home" and "Say Something." Setlist below.

James have added another NYC show this week and it's in a much more intimate venue, headlining Rough Trade's free Friday (10/24) day party that also features Oscar, Pinact, September Girls and Adult Jazz. The show is all-ages and no wristband or RSVP is required.

SETLIST: James @ Webster Hall 10/21/2014
Getting Away With It (All Messed Up)
Frozen Britain
Walk Like You
Waltzing Along
Sometimes
Jam J
P.S.
All I'm Saying
Moving On
Johnny Yen
Quicken the Dead
Curse Curse
What's the World
Hymn From a Village
Come Home
Tomorrow

Encore:
Interrogation
Say Something
Born of Frustration
Top of the World