James and Mario in the studio (photo by Heather Harris) 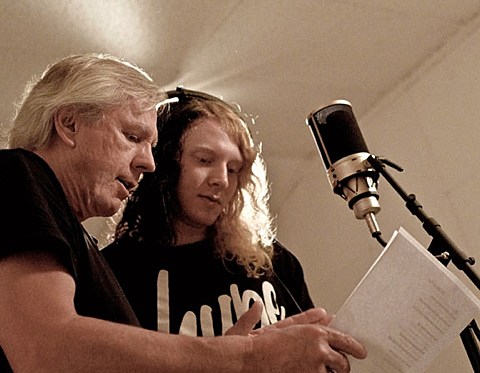 "I'm Sick of You," which has The Orwells' Mario Cuomo on guest vocals, makes its premiere in this post. James says it "was one of the very earliest songs [he] wrote with Iggy back in around late 1970," and that they "played it live at the King's Cross Cinema Show while [they] were in London just before [they] recorded Raw Power." Mario's a good choice, considering Iggy seems like a big influence on him, and he gets his Danzig or his Jim Morrison on a bit for this one too. Check it out below.

The Orwells also have a previously discussed fall tour which hits NYC on October 15 at Irving Plaza. Tickets for that show are still available.

Song stream, LP artwork, tracklist, and another pic from the recording session, below... 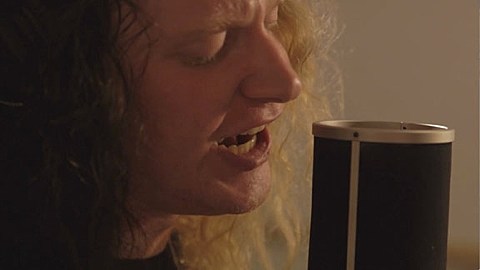 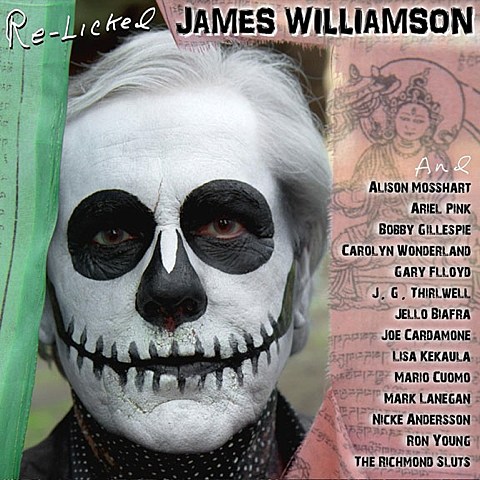