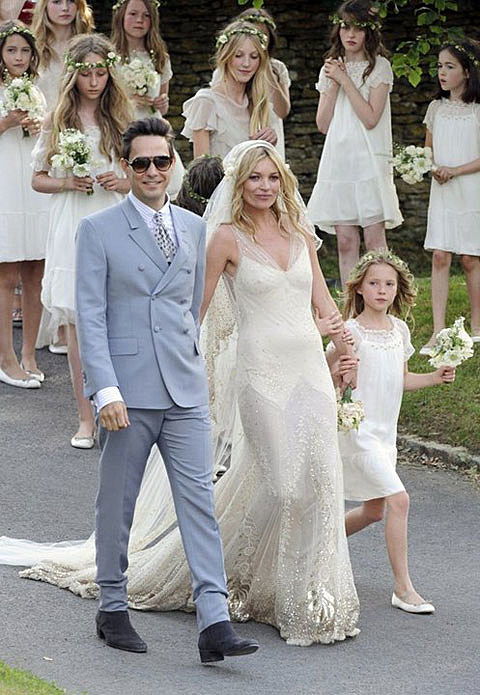 "I'm just absolutely concentrated on The Kills and I don't really care what people think or say about it, even our fans. I think you're in trouble if you start only doing what your fans expect of you. So when people write about our success in relation to Jack White or The White Stripes, it doesn't torture me too much. I think it's hard to expect journalists to pin down your sound, anyway. Especially since the heyday of rock journalism, it's just easiest to describe bands by comparing them to other bands."
[Jamie Hince]

Village roads were shut by police as Kate and The Kills rocker Jamie married at their local church on ­Friday. They are celebrating with a three-day mini festival for guests ­including Sir Paul ­McCartney, Bob Geldof, Naomi Campbell and pal Sadie Frost.

Veteran ­crooner Bryan Ferry performed during a reception that went on until 5am. It also featured trapeze artists, burlesque ­performers and more bands. [Mirror]

Alison Mosshart then took some time off from the mini-festival to perform " Write Me a Few Lines" with Seasick Steve, her recently divorced Dead Weather bandmate Jack White (on drums), and Led Zeppelin's John Paul Jones at the iTunes Festival last night UK time (7/3). 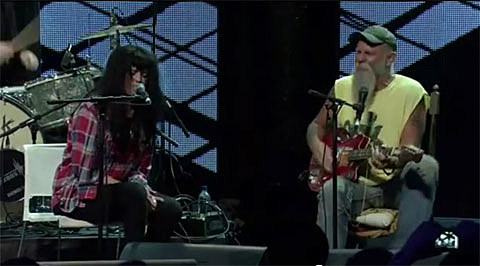 It happened during Seasick Steve's headlining set and you can watch the video below.

The Kills return to America in August to play Lollapalooza followed by three dates with A Place To Bury Strangers, two of which are at Terminal 5 with The Pains of Being Pure at Heart. The Kills return to the road in September to play some shows around their appearance at Bumbershoot. All tour dates and the Domino-signed band's new video for "Future Starts Slow", below...