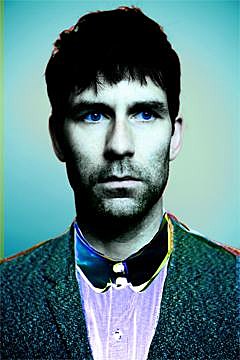 As mentioned, Jamie Lidell is currently on tour in support of his new, self-titled album. That tour hits NYC on April 13 at Music Hall of Williamsburg with Empress Of and Ludwig Persik, which is sold out. If you wanted to go and didn't get tickets, fear not: Jamie's just added another show in Williamsburg, playing a few days earlier at Glasslands on April 9 with opener Ludwig Persik. (That date was originally scheduled for Toronto which is now happening on 4/8.) Tickets can only be purchased through the WillCall mobile app that's available for iPhone/Ipad and Android.

Jamie recently released a remix of "You Naked" by Jimmy Edgar and you can stream that below. Updated dates are below too.