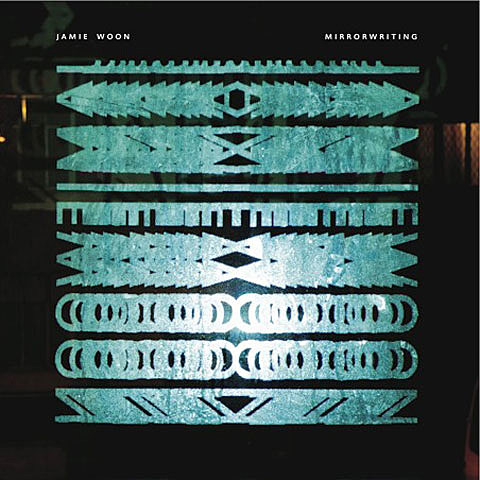 "It's a well-worn SXSW cliche for journos to talk of British bands being "out of place" at Austin - as if they expect all UK acts to turn up suppin' rough Bourbon and unveil their new bluegrass direction for y'all.

Yet Jamie Woon does seem an odd fit in more ways than one. His slightly awkward stage presence doesn't quite sit with his calling to croon directly to the three girls who've forced their way to the front row to dance. And his clean-cut image rests uneasily with the fact he's got a pen sticking out of his pocket (sorry to start laying down the law on this, but I'm not having my pop stars adorned with biros).

Woon has taken his vocal stylings from Stevie Wonder and comes equipped with the precision-drilled, soul-funk backing band to match this - the vague traces of dubstep and electronica that glide over his records are almost undetectable here, save for the odd swipe of Woon's fingers across some tiny FX boxes." [Guardian]

London based singer/songwriter Jamie Woon (who just played a number of shows at SXSW) is releasing his debut full length Mirrorwriting on April 11 via Candent Songs/Polydor. We first got a dose of Jamie's R&B based vocals on his 2007 EP Wayfaring Stranger. He's spent the last three years honing his sound while taking advice from and sharing production duties with dubstep mastermind Burial who Woon first teamed up with when Burial remixed "Wayfaring Stranger" from the 2007 EP.

Jamie Woon has scheduled a UK tour in May and June, but before he leaves North America, he'll play three more dates here including March 22 at Glasslands with FaltyDL, Mux Mool, & Magic Mountain (Tickets) and March 24 at Le Poisson Rouge with Mount Kimbie, Com Truise, and Muramic (Tickets).

Jamie Woon is not the only person Burial has been collaborating with recently. He is also preparing a 12" single with Thom Yorke and Four Tet. The single, featuring the tracks "Ego" and "MIrror" is set to be released on Four Tet's label, Text. Both tracks debuted March 15 on the London radio station Rinse FM. Radio rips of the tracks can be streamed below.

All dates, videos, and Mirrorwriting tracklisting below...