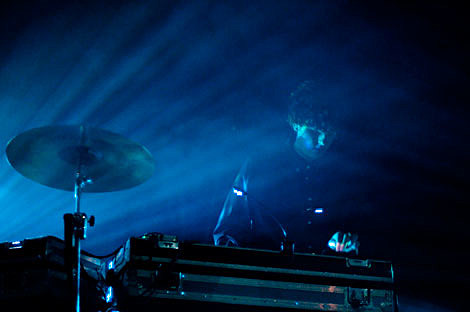 As mentioned, The xx will be on a tour in support of their new album, Coexist (due out 9/11 via Young Turks), this summer which brings them to NYC for a show at Terminal 5 on August 2. That show has long sold out but Jamie xx will be sticking around NYC to play the FIXED show at Le Poisson Rouge on August 4 that John Talabot is DJing. Tickets for that show are still available.

The LPR show is also the same day that Jamie plays Warm Up at PS1 (8/4) with Lemonade, Pearson Sound, Sinjin Hawke, and Zora Jones. Miguel has also been rescheduled to perform on this date instead of the July 21 Warm Up he was originally set to play. TIckets for that show are available

Lemonade will also DJ a free party at Glasslands that night (8/4) after Warm Up.

All Jamie xx dates are listed below, alongside a stream of his 2011 single, "Far Nearer"...