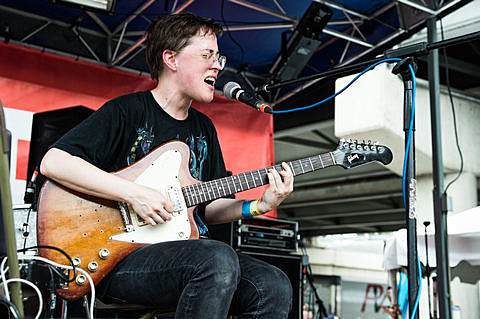 Lower Dens singer and psych folk solo artist Jana Hunter has been pretty quiet since touring with Sharon Van Etten earlier this year, but she'll be capping off the year with two more shows in NYC. The first is one of the final Glasslands shows, happening Tuesday (12/9) with Christian Peslak (of Delicate Steve and Saint Rich) and special guests. Tickets for that show are on sale now.

She also plays the first night of Deer Tick's 6-night run at Brooklyn Bowl. That's Friday, December 26, the night Deer Tick plays NRBQ's Tiddlywinks and their own War Elephant in their entireties. Tickets for that show and most others in the Deer Tick residency are still available.

Those are Jana's only two announced shows at the moment. Watch a video of her below...