Jandek played an early and late show (different sets) at Issue Project Room last night (Sept 7, 2005) in Brooklyn, NY. They were two shows added last minute in addition to the one he played at Anthology Film Archive one day earlier. The three shows were part of a RARE six show tour from the mysterious guy who hardly ever plays, but has over 40 albums. I was at the early show. 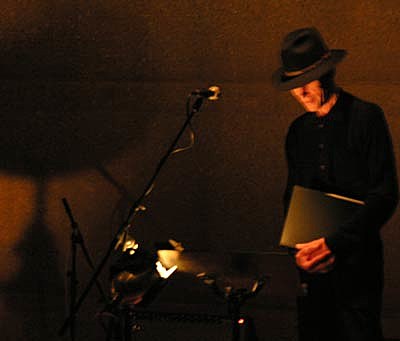 I wanted to hate the show . The venue was absolutely stunning, the man is mythical, and he makes beautiful music, but I wanted to hate it because the doors weren't open at 7:00 as advertised (imagine a large crowd of music nerds standing on the side of the road near the gowanus canal in the middle of nowhere brooklyn). The show started late (some of us had places to be). You couldn't bring drinks in the performance area. The silo-shaped room (with a huge pole in the middle and more poles by the stage) was horrible (only those lucky enough to get a seat on the floor up front actually had a full view of Jandek and his band). We were threatened in a Scottish (Scottish, right?) accent with ejection from the barn if we were caught taking pictures or recording. We were told (in a nice way?) that the only reason Jandek was doing the extra 2 NYC shows, was because the New Orleans ones were cancelled. In other words we were to be thankful a city was wiped away because, "we sure as hell wouldn't of played extra shows for you just because the first NYC show sold out in one second" (not an actual quote). AND why couldn't they have played extra NYC shows AND the New Orleans shows? (note: I know I'm a spoiled New Yorker) My cynical mind decided it had something to do with a pretentious six-show concept that was related to the professional video cameras recording the whole event.

Well...I LOVED IT. By the time Jandek and band were halfway through their first song, not only did I forget all that was negative, I was completely entranced. I stayed that way for the rest of his 90 minute set. I didn't need a good seat because the show was best when I closed my eyes. The acoustics in the silo room were awesome (my unprofessional opinion). The lack of flashes and cameras in the quiet, cozy setting was a good thing too (yes, I obviously managed to sneak a few shots). And the lack of flashes will be even better on the DVD that I guess we can look forward to. 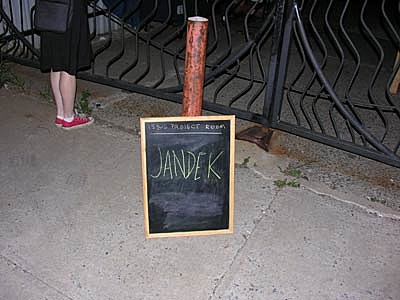 * There's a documentary about Jandek.
* Pitchfork reviewed the show in Texas a few days earlier.
* Heart on a Stick was also at this show.
* Amy was at the Anthology Film Archive show
* Adam was at the Film show too.
* Annabean was there too. 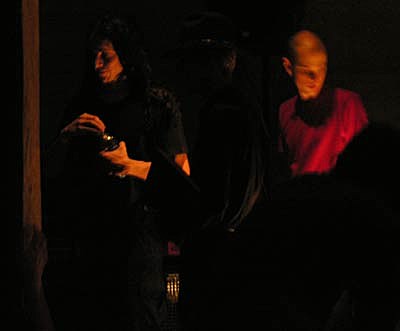 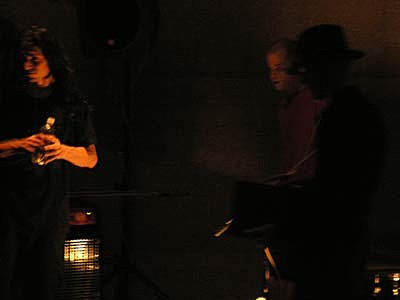 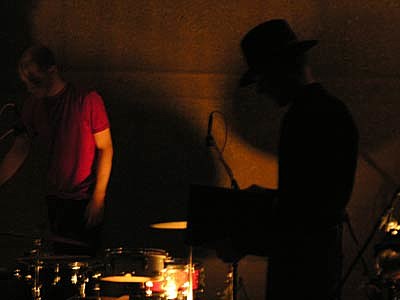 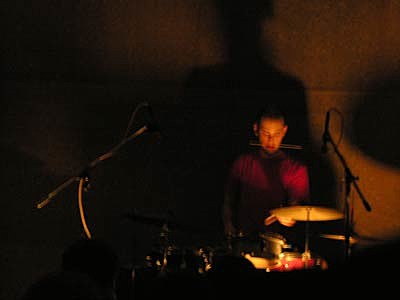 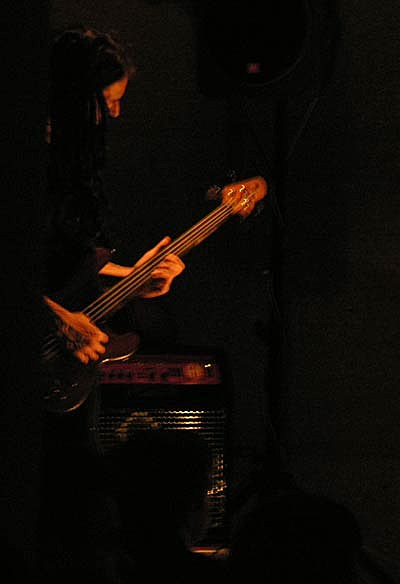 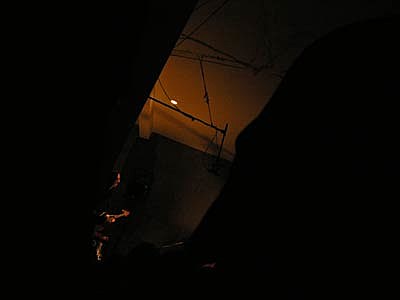 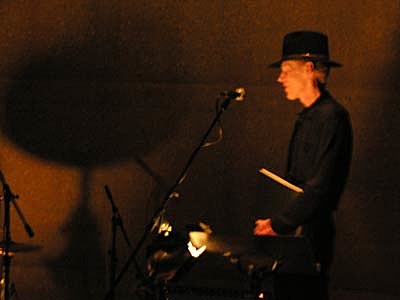 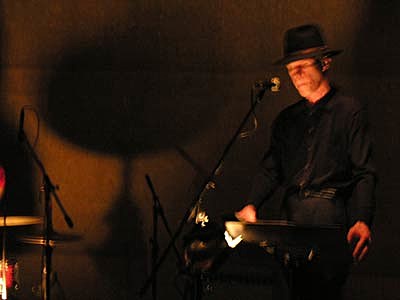