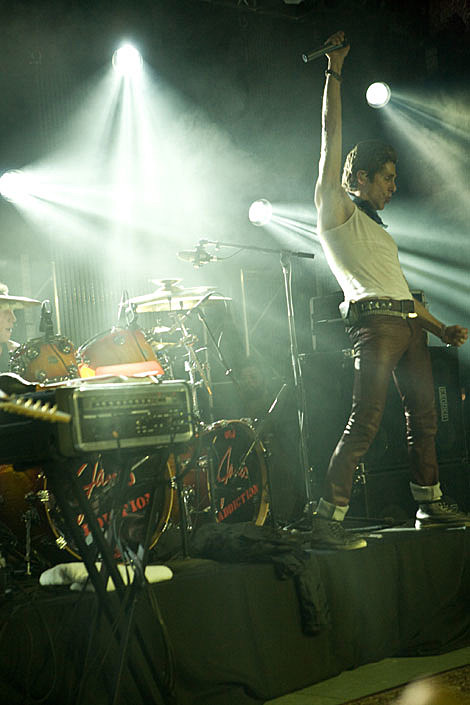 As suspected, the reunited lineup of Jane's Addiction took the stage at the annual Playboy Rock the Rabbit party in Austin last night (3/19).

In a move that was either pure coincidence or pure brilliance, the Playboy bash was held in an empty grocery store attached to a slightly skeevy strip mall in a decidedly unsafe area of Austin. It's difficult to think of a more perfect setting for Jane's tawdry, tarty rock (the bevy of Bunnies parading around the party were a nice touch too). Whether it was due to the joy of feeling at home, or the joy of playing music together again, Jane's came out feisty, fiery and fierce.

On this night, there were no selections from Jane's softer side, just plenty of pummel, from opening number "Three Days" to the incredibly raucous set-closer "Stop!" Showing a swagger that only the best bands possess, Jane's threw haymakers, with guitarist Dave Navarro pulling solo after solo out of his axe, frontman Perry Farrell patrolling and posing, and the reformed rhythm section of Avery and drummer Stephen Perkins remaining in lockstep.

Songs like "Standing in the Shower ... Thinking" (during which Farrell patted his crotch dry with a towel, then tossed it into the crowd), "Ted, Just Admit It ..." and a particularly massive "Ocean Size" sent the crowd into hysterics -- there was even some crowd surfing, which sent the Bunnies scattering -- and showcased a band still very much at the top of its game. Navarro and Farrell shared a smooch, Avery and Perkins exchanged knowing nods, and frankly, it was as if those 17 years never happened. [MTV]

Metallica plays a more-official SXSW party tonight (3/20) at Stubb's. Kanye West is rumored to appear as the guest at the FADER House where Kanye's label GOOD Music is having a showcase (makes sense). More pictures from the Playboy party below... 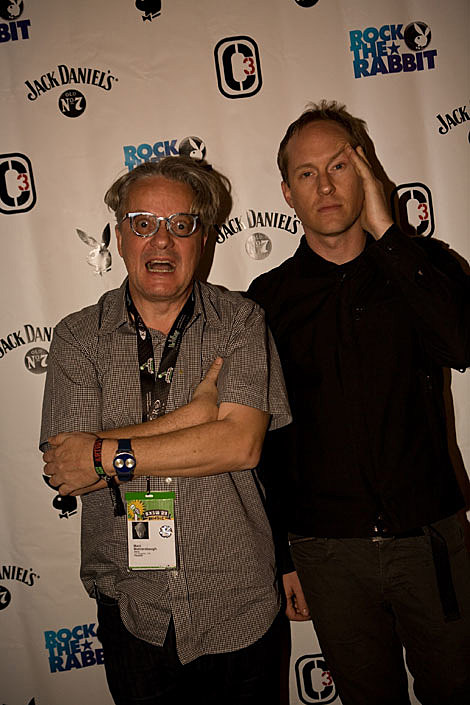 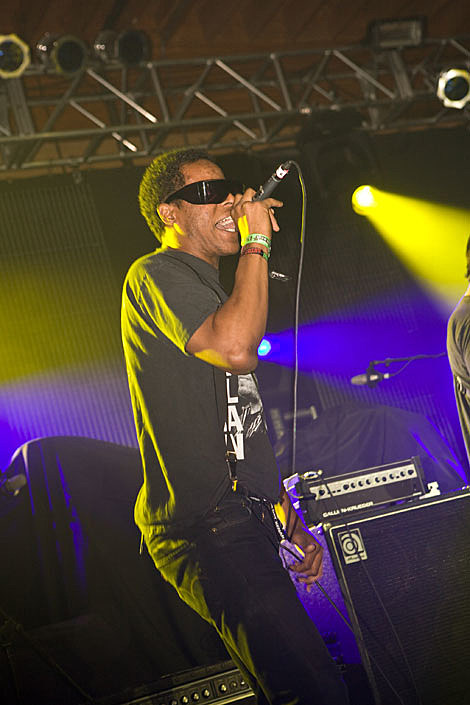 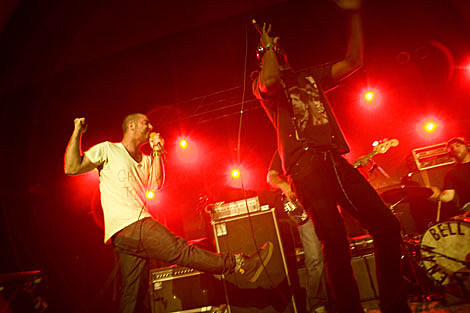 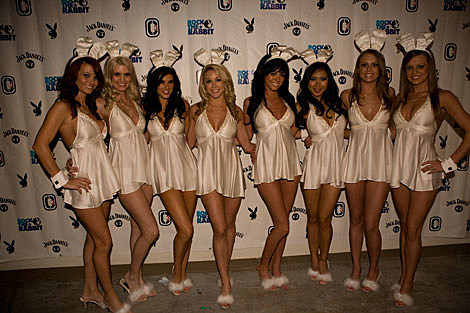 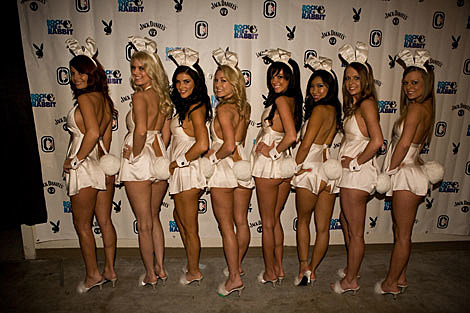 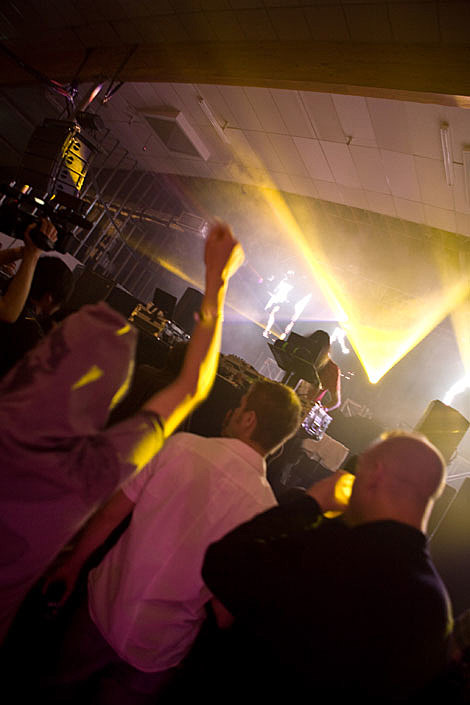 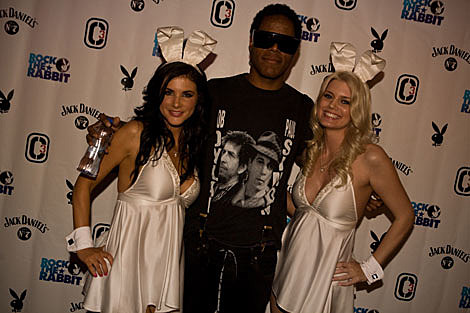 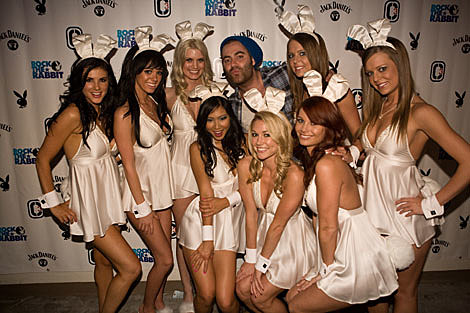 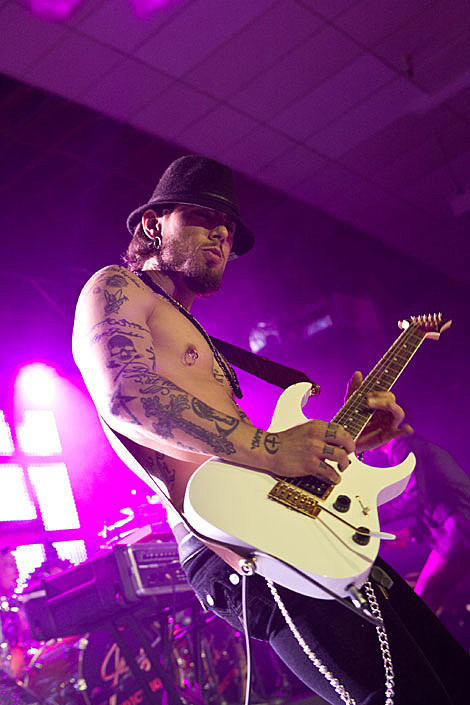 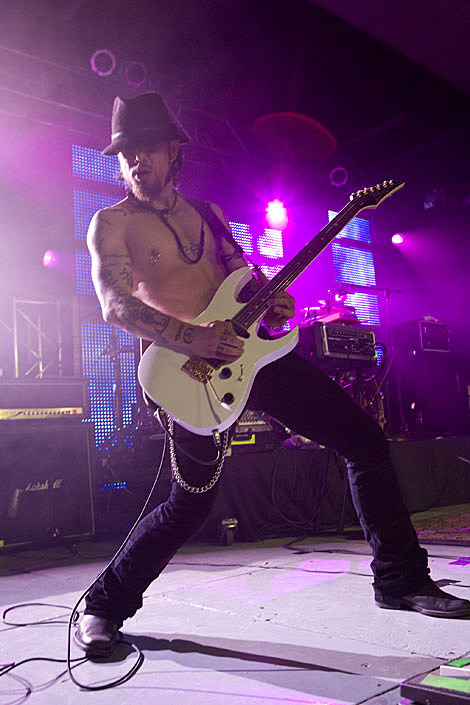 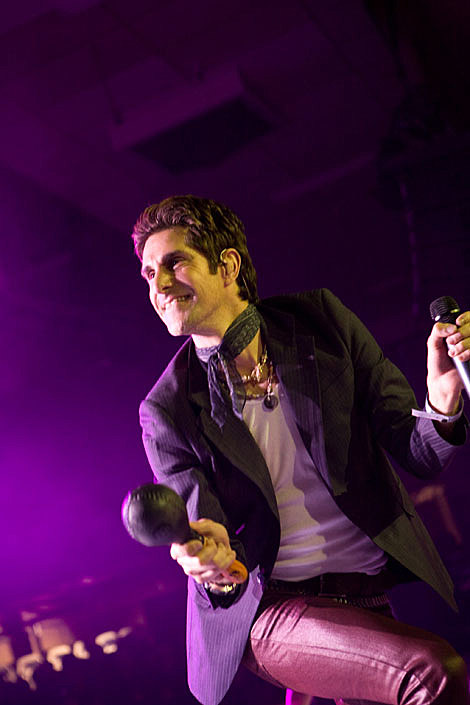 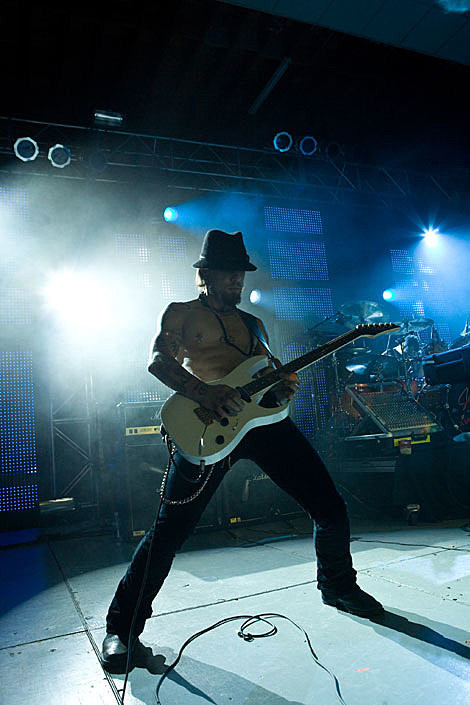 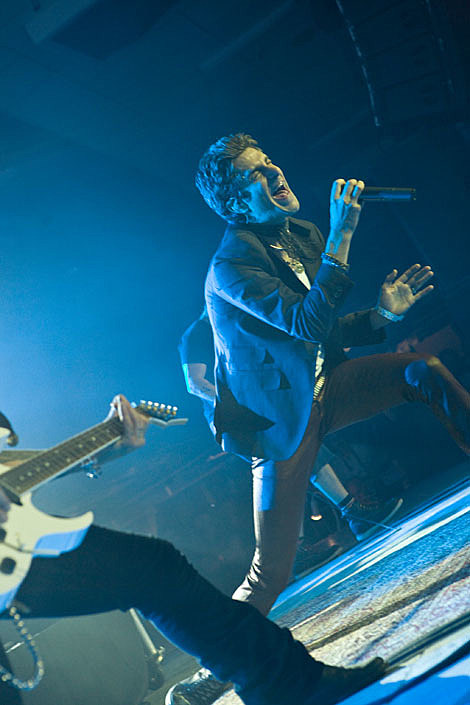 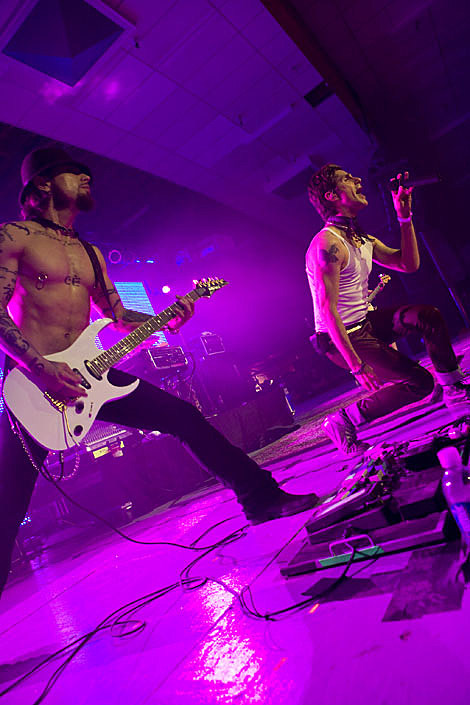 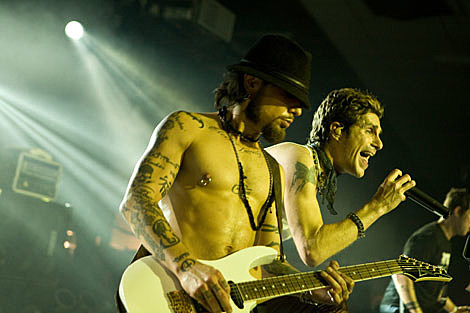 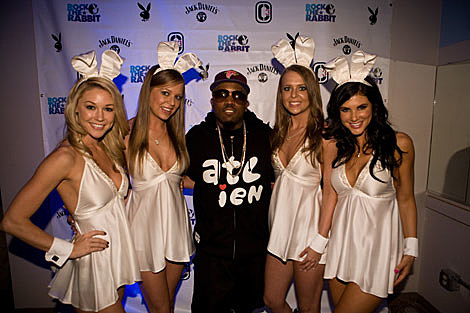 Jane's is going on tour with Nine Inch Nails.