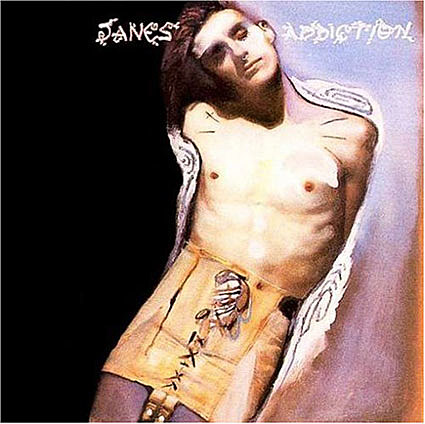 ERIC AVERY AGREES TO REUNITE WITH JANE'S ADDICTION FOR FIRST TIME SINCE 1991; LEGENDARY BAND TO BE HONORED AT FIRST-EVER U.S. NME AWARDS IN LOS ANGELES

LOS ANGELES, April 15, 2008 - After much speculation in the previous week, ERIC AVERY has agreed to join former band mates Jane's Addiction for a one-night-only performance at the first-ever U.S. NME Awards. The iconic foursome will be crowned with the Godlike Genius Award during the ceremony and performance, to take place at the El Rey Theatre in Los Angeles, April 23. Jane's Addiction is joining the likes of The Clash, New Order, Primal Scream and Manic Street Preachers, who are among the acts to have picked up the Godlike Genius prize at the UK awards.

Avery has continually declined offers to reunite with the band and instead focused on his musical endeavors, most recently, a debut solo LP, "Help Wanted," released last week on Dangerbird Records. "I've chosen to reject the prospects of reuniting in the past for personal and philosophical reasons. I have always considered reunions to be a way to make a quick buck, and it sells short my own experience of it the first time around," Eric Avery attests. He adds, "The reason I started to even consider this is because it's honoring the past instead of trying to recreate it."

NME will bestow this award upon Jane's Addiction because, as they state, "[they've] done more than any other band to introduce American alternative music to the mainstream, founding the touring Lollapalooza Festival and giving what frontman Perry Farrell refers to as the 'alternative nation' a real cultural focus and voice."

Perry Farrell also has a show coming up at the Nokia Theatre in NYC.