Well, this definitely sucks. The classic lineup of Sleater-Kinney recently announced their return with new songs for a new St. Vincent-produced album and lots of tour dates, but suddenly this bad news via a tweet from drummer Janet Weiss: 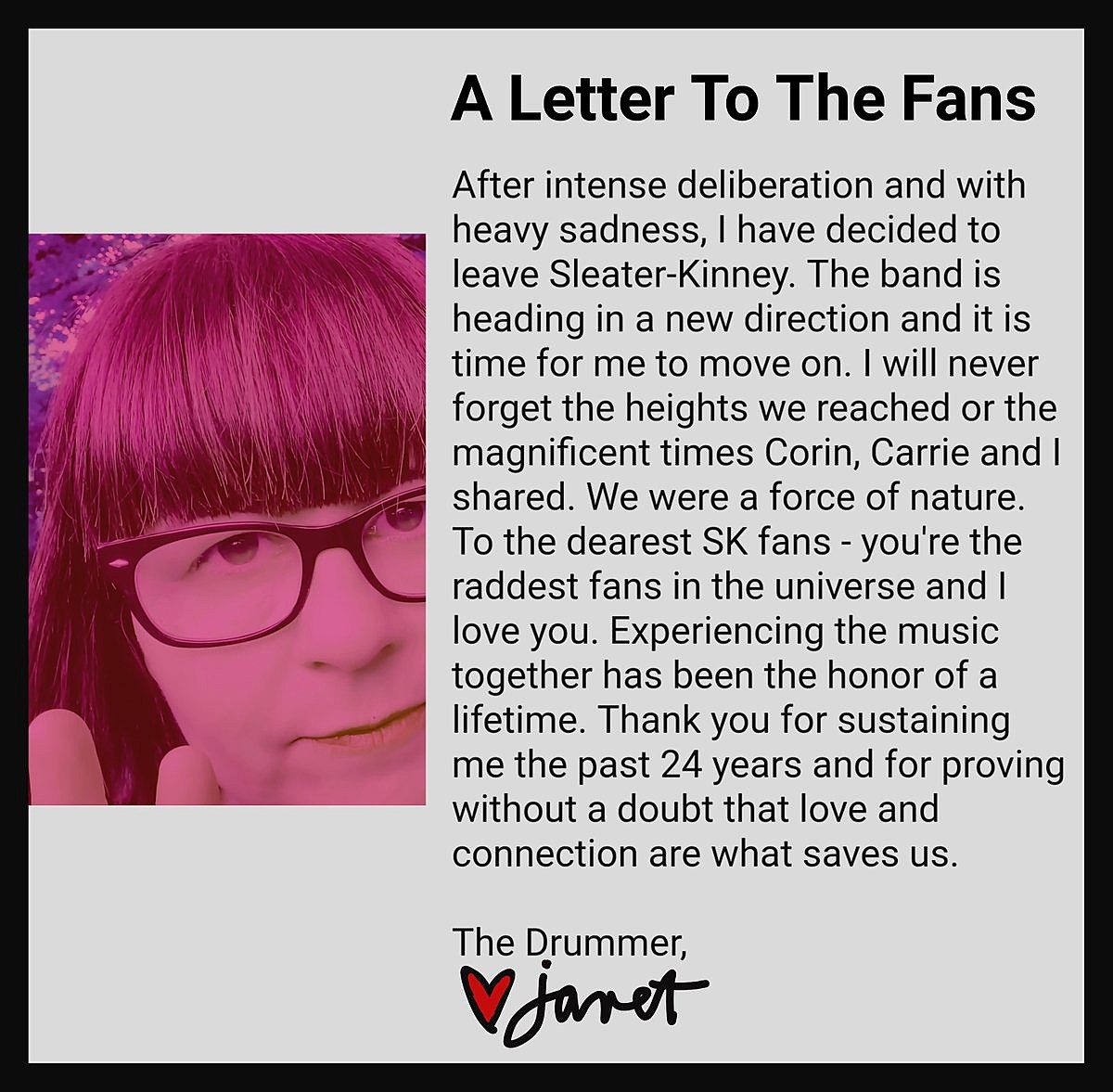 A Letter To The Fans

After intense deliberation and with heavy sadness, I have decided to leave Sleater-Kinney. The band is heading in a new direction and it is time for me to move on. I will never forget the heights we reached or the magnificent times Corin, Carrie and I shared. We were a force of nature. To the dearest SK fans — you’re the raddest fans in the universe and I love you. Experiencing the music together has been the honor of a lifetime. Thank you for sustaining me the past 24 years and for proving without a doubt that love and connection are what saves us.

UPDATE: Sleater-Kinney have issued their own statement.

Less than two weeks ago Janet along with bandmates Corin Tucker and Carrie Brownstein, played new song "Hurry On Home" on the The Tonight Show Starring Jimmy Fallon. That now may be the last time we ever see them perform together, and the only time they all play one of the new songs. Watch: