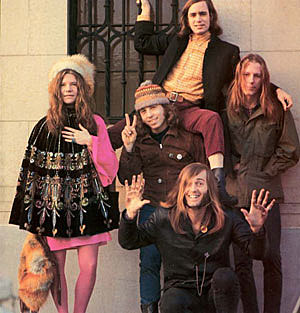 "Big Brother and the Holding Company is an American rock band that formed in San Francisco in 1965 as part of the psychedelic music scene that also produced the Grateful Dead, Quicksilver Messenger Service and Jefferson Airplane." [Wikipedia]

Janis was in the band from April 1966 until "near the end" of 1968. The current incarnation of the band started up again in 1987, features 2-3 original members (depending on your definition of original), and they're playing at Knitting Factory in NYC tonight (Jan 2, 2008). All tour dates below....