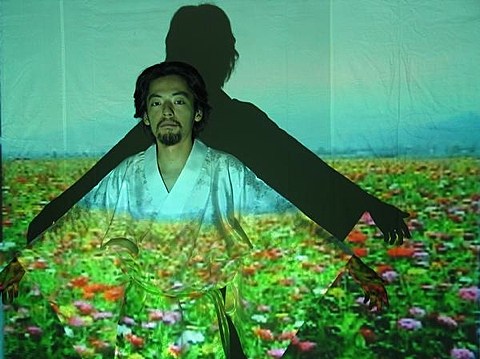 Tavito Nanao is a singer-songwriter that represents the new flow of music in Japan. He has led the Japanese music scene since his debut with many controversial works including the 3-disc "911FANTASIA," in which he depicted the world since Apollo 11's landing on the moon to 2051, many years after the Iraq War. He also continues to surprise audiences with his one and only live performances. Overground, he is known as a gifted melody-maker, while underground, he organizes one of the largest improvisation events in Japan. The Hyakunin-kumite ("karate kata with 100 people") event, in which Nanao goes one-on-one in improvisation with all performers of the night, is a very popular event that attracts audiences by the thousand each time.

What do Dirty Projectors, Foxygen, and Guardian Alien all have in common? Well, current or former members of each band are sharing a stage with Japanese singer/songwriter Tavito Nanao for his first two NYC shows next week. Diane Coffee (the project of Foxygen drummer Shaun Fleming, who was also a voice actor on "Kim Possible" as a child), and Deradoorian (former Dirty Projector Angel Deradoorian) will be playing with Nanao for his NYC debut at Pianos on October 29.

Then Eartheater (aka Alexandra Drewchin of Greg Fox's band, Guardian Alien, who have an A/V show coming up), will be joining him for his second-ever NYC show at Cake Shop on October 30 with Greg Barris and The Forgiveness and Bodega Bay. Tickets to the Pianos show are on sale now, but no advance tickets for the Cake Shop show. Check out the flyer for both below.

For Diane Coffee, the Pianos show is the first date on their tour which runs through late November. All dates on that tour are listed below. It's also the day (10/29) that their debut album, My Friend Fish, is being released via Western Vinyl. You can stream that album's single, "Hymn," which is a similar type of psychedelia to Foxygen, below.

Meanwhile, Foxygen play their second of two NYC shows tonight (10/22) at Music Hall of Williamsburg. Tickets are sold out.

In other related news, Dirty Projector Dave Longstreth plays a previously discussed show at The Met on November 1. Tickets to that show are still available.

All Diane Coffee tour dates are listed, along with videos and more, below... 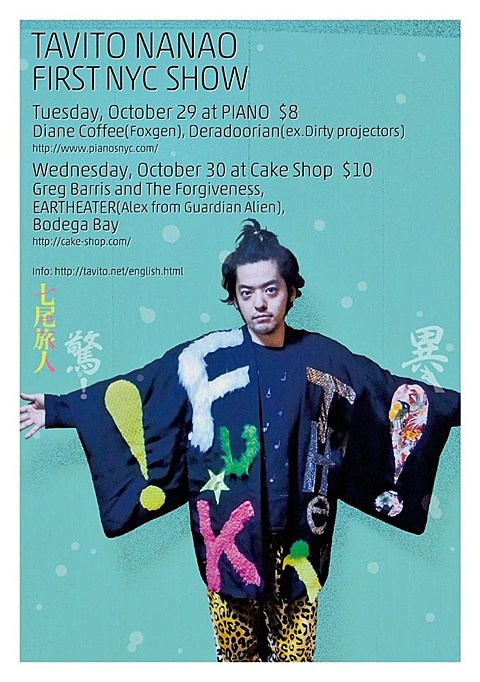