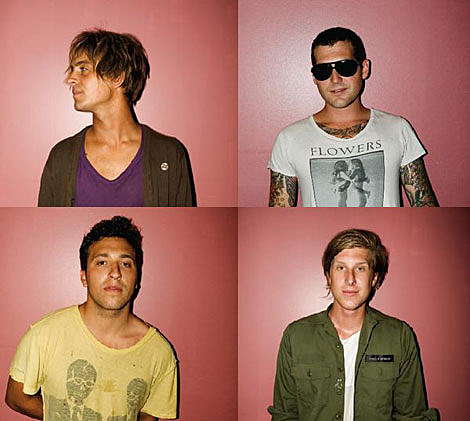 Japanese Motors have been pretty fortunate, considering the Costa Mesa, Calif. quartet kind of started as a hoax.

It all began when pro surfer Alex Knost, who rides for RVCA, told the surf/skate company that he had a band -- which wasn't really the case.

"At the time, we didn't really know how to play," says Knost with a laugh. "And they kind of knew that, but they were cool. They liked the fact that we wanted a band, and we were trying to have a band." [Chart Attack]

Japanese Motors' self-titled (VICE) debut is out now. The band definitely fits right in at the label that is also home to the Black Lips. Check out the MP3s above. The band play at least four NYC shows this week (one with the Black Lips and one for BV). A video and all dates below...