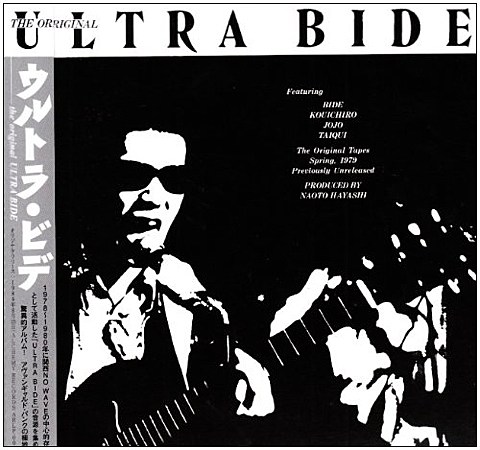 Japanese punk band Ultra Bidé formed back in 1978, and have been churning out a mix of caustic noise rock, art punk, and post-hardcore ever since. Though they've been quiet as of late, the band are now fully back in action. Next week (10/15), they'll release DNA vs DNA-c, their first new album in over a decade, on Jello Biafra's venerable punk label Alternative Tentacles (Unsane, Subhumans), and they're about to kick off their first North American tour in 15 years. The tour begins in NYC TONIGHT (10/9) at Death by Audio with another long-running band,Controlled Bleeding, and bbigpigg, and and it returns to NYC on October 26 at Cake Shop with Paint Fumes and White Collar Crime. No advance tickets for either show.

All tour dates are listed, along with some classic song streams and a teaser video for the tour, below...