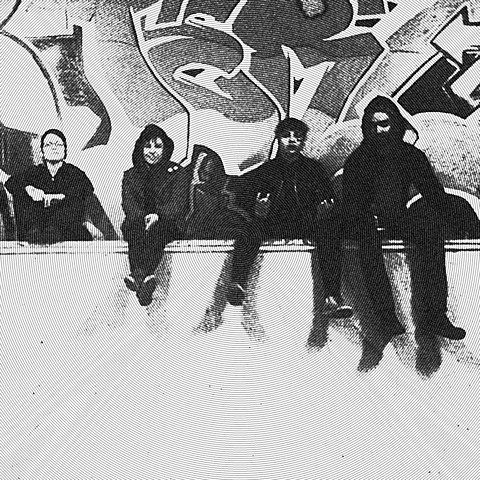 Tokyo's Pinprick Punishment have been touring the US over the past month. The group is an interesting mix of hardcore and experimentalism, recalling the dissonance of later Black Flag and the choppy rhythms of Bl'ast, thus rightfully earning the 'weird' tag on their Bandcamp page for their 2013 EP Join My Army. On July 2, Pinprick Punishment join Future Primitive, Agitator, A Truth, and Geronimo (not this one or this one) at Brooklyn's Don Pedro Bar Lounge. Tickets are $8 at the door. You can find Pinprick Punishment's remaining tour schedule and a stream below.

Before Pinprick Punishment head out to Puerto Rico for two shows before flying back to Japan, they'll play Baltimore on July 3 with Oakland's Replica, who just shared the Acheron stage with Infest. Replica, featuring members of No Statik and Infect, recently released the EP Beast, a roaring burner of metallic hardcore which you can hear below. They will be dropping back into the Acheron on July 7 with La Misma, Razorheads, and Public Hex. Tickets for that show are available now.

Lists of dates for Replica and Pinprick Punishment, with streams of both bands, below...