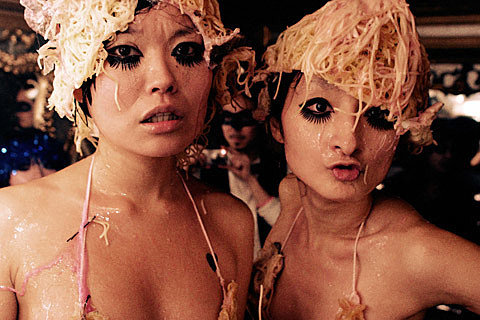 In the grand tradition of weirdo Japanese artrock come Tokyo trio Trippple Nippples, who have been in town wreaking havoc and dropping jaws for the last week. They were originally here for a string of opening slots for Devo but have stuck around New York for a few more shows. (Maybe you saw them at Glasslands last Thursday.)

You've got three more chances to see them: tonight (12/20) they're at Pianos with Hard Nips (how could they not?) and play again at Pianos on 12/27 with The Suzan (it had to happen), and then Shea Stadium (with Hard Nips again) on January 4.

What could be described as the Japanese manic electro pixie version of Gwar, Trippple Nippples' wild stage shows are the stuff of legend, involving -- but not limited to -- milk-shooting prothetic breasts, buckets of glitter, feathers, and spaghetti. (You might want to wear old clothes.) They make music too, hyper shouty electro rock that is pretty fun on its own merits too. Pharrell Williams is a fan.

You can stream a few Trippple Nippples tracks below, and there's live footage from Glasslands and other video treats below too. 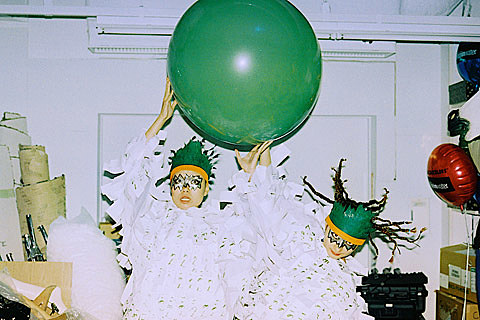