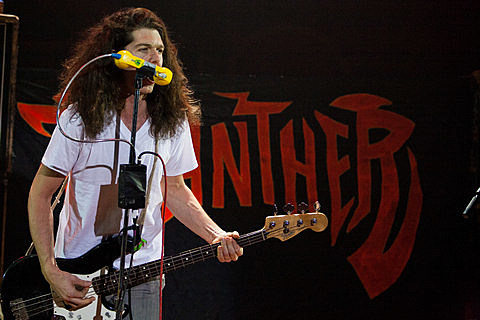 Japanther are in Eindhoven, Holland this weekend for a string of European dates that include a stint as part of the Venice Biennial in Venice, Italy. A couple of weeks after the band returns from that European trip, they'll hit Music Hall of Williamsburg for a show on June 14th with Shellshag and DJ's Spam and Ryan. Tickets go on sale at noon on Friday (5/11).

Shellshag meanwhile have a gig scheduled at 538 Johnson in Brooklyn in May 18th, and then will be touring down to Texas for Chaos in Tejas, but back in time for this newly-announced show.

The last time that Japanther played NYC was as part of a benefit for Japan on April 30th at Brooklyn Fireproof. Video from that show as well as all tour dates are below.