"Thanks for your Gotham award jokes, everybody! Really funny. Will be reading 10 on stage! #Gothamjokes" - Mike Birbiglia 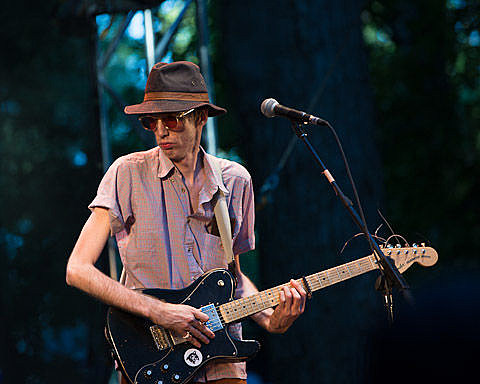 Jordan Catalano aka Elijah Wood's best friend aka 30 Seconds to Mars frontman aka one of the "alt-est" human beings alive Jared Leto is set to star in the new Jean-Marc Vallée-directed film, Dallas Buyers Club, where he plays an AIDS-infected cross-dresser whose lover is being played by Deerhunter/Atlas Sound frontman Bradford Cox (the alt-est couple ever?), Hollywood Reporter reports (via Pitchfork). The film also stars Matthew McConaughey and Jennifer Garner.

Jared Leto also recently directed his own film, a documentary called Artifact, which beat the PS 22 Chorus documentary Once in a Lullabye at the Gotham Awards last night (11/26). Gregory Ellwood was live blogging for Hitfix and after predicting Beasts of the Southern Wild would win, he wrote:

This was voted by members and the audience is shocked. Was there a limit to the number of times you could vote? [Jared Leto] says "This movie, which many of you haven't seen is a very, very personal film. It was made by a small group of people over a few years. It talks about being an artist and art and commerce. I'd like to thank everyone who voted for us online. I know some people are upset that 'Beasts of the Southern Wild' isn't up here and it's a phenomenal film." He adds, "Don't hate me because I won. I love that other film too."

The Gotham Awards were hosted by Mike Birbiglia, who was partially telling jokes that were supplied to him by his Twitter followers, some of which he tested out live on stage at the Pretty Good Friends Sandy benefit at The Bell House one night earlier (11/25).

A video of Atlas Sound and Lower Dens playing "Mona Lisa" at a special session during Primavera Sound in Barcelona this past June can be watched below...