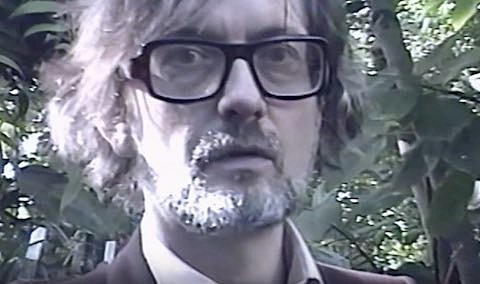 You may remember the awesome Jarvis Cocker / Discodeine collaboration, "Synchronize," from 2010. Cocker has reteamed with Discodeine's Cédric Marszewski in his solo Pilooski guise for a track called "Completely Sun" that is on Pilooski's new EP, Isola, which is out now on Kompact. Jarvis reads an excerpt from psychiatry pioneer Carl Gustav Jung's The Red Book over some very minimal, soundtrack-y backing. The video, directed by Dodi El Sherbini, takes Jarvis to the zoo where he doesn't seem exactly comfortable. Watch it below.