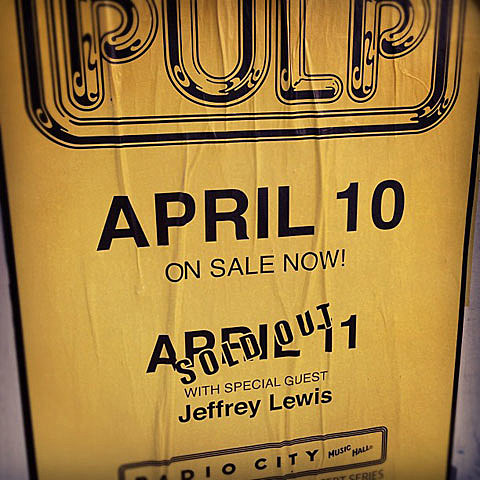 "...In the latest iteration of "Who's Zoo?," performed on [Thursday, Friday, Saturday & Sunday] at the Whitney Museum of American Art, with professionals alongside nondancers, the biggest improvement is live music: Relaxed Muscle, a two-member band featuring Jarvis Cocker (of Pulp) and Jason Buckle, perform four of the show's six songs.

With the addition of live music and a cult-of-personality approach -- not only by the spectacularly louche Mr. Cocker, but also by Mr. Clark, who has given himself more cameos this time around -- "Who's Zoo?" is less of a dance than it ever was. Mr. Clark transforms it into a musical experience with movement...." [NY Times]

That's a snippet of the NY Times review of Michael Clark's "Who's Zoo?".

MEANWHILE, it looks like Chromatics play a semi-private, it's-going-to-be-really-hard-to-get in show at The Standard's Le Bain tonight (4/9) while some band called "The Junkyard" plays Cake Shop (with Dolfish and SLFM).