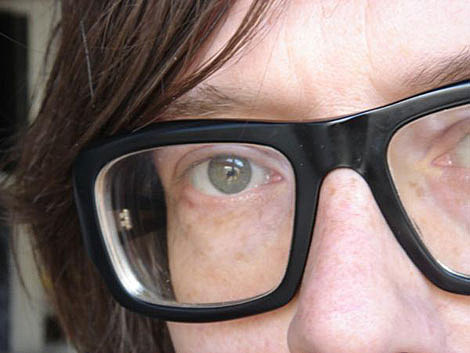 British singer Jarvis Cocker is a funny dude. The former frontman of Pulp, he's as witty as they come. He questioned whether the audience had been struck by lightning last night, then quipped, "You look remarkably well."

Musically, too, he and his band were solid. (Rumour has it a conversation Richard Branson had with Cocker back in the '90s was the impetus behind the original V-Fest in 1996.)

Although, I have to say, I'm enjoying Cocker's banter with the audience (a bit one-sided, however) more. "Did anyone go swimming in the lake?" he asked. "Good, it's forbidden."
[The Vancouver Sun]

There was rain and lightning in Vanvouver over the weekend too. In NYC Jarvis's show is on Thursday, July 30th at Brooklyn's Music Hall of Williamsburg (moved from the much larger Terminal 5). Little Joy opens. It is sold out. It was sold out the second they moved it from T5 which means people that waited to get tickets (or who would have bought tickets if they knew it was going to be at Music Hall in the first place) got shut out. There's now one more chance to get in. We have one pair of tickets to give away. Details are below.

And speaking of giveaways, Cocker is currently giving away a remix of a song off his new album, Further Complications, which came out in May on Rough Trade. The remix in question, "You're In My Eyes (Discosong)," done by French DJ Pilooski, is available at jarviscocker.net and above. "Angela," off the new record, is also above.

Contest details and all tour dates are below...

For your chance to win a pair of tickets to the Jarvis Cocker show on 7/30/09, send an e-mail to BVCONTESTS@HOTMAIL.COM with the word "JARVIS" in the subject line. You must be 16 years or older to win. Include your first and last name. A winner will be picked at random and contacted ASAP.