Pulp frontman Jarvis Cocker played his first of two solo shows at Webster Hall in NYC last night. How was it? Who opened? It surely wasn't The Long Blondes or Little Man Tate. Any duets with Beth Ditto? 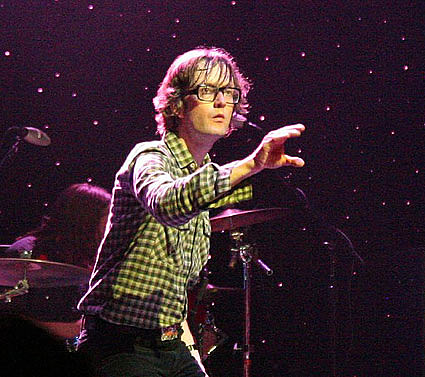 The Blur singer said that the only project left for the cartoon band will be a film featuring a score composition, that has previously been linked to filmmaker and Monty Python mastermind Terry Gilliam.

Damon's other band The Good The Bad and The Queen played Webster Hall back in March. Jarvis and Damon are both playing Coachella later this week.