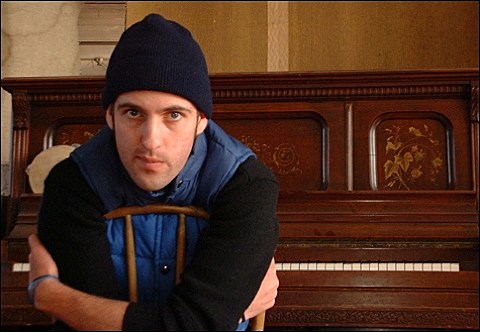 Jason Anderson (also once known as Wolf Colonel) put out a number of albums all throughout the 2000s. Many of them were on the venerable K Records, and his most recent, 2013's Omaha, was on Salinas (Radiator Hospital, Swearin'). He's not done playing solo shows under his own name, but his main focus now is his new band Tracks. Tracks' first-ever show was last summer opening for Okkervil River in Portsmouth and so far they've played NYC twice: Mercury Lounge last August and Muchmore's this past May.

Their first-ever full tour will be as a support act on the upcoming Joyce Manor / Cheap Girls tour in late September/early October. As mentioned, that tour hits NYC on 9/19 at Webster Hall. Tickets for that show are still available. All dates are listed below.

Jason's earlier output was the kind of lo-fi folk/indie pop you'd probably expect to hear on K Records in the early 2000s, but Omaha rocks a bit harder. If Tracks is up a similar alley, it'll be a great fit with Joyce Manor. You can download that for free here, pick it up from Salinas, and check out an Rdio stream below. 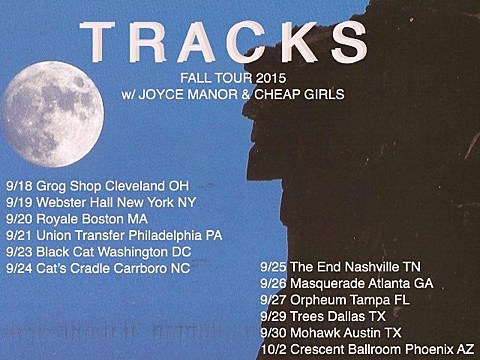