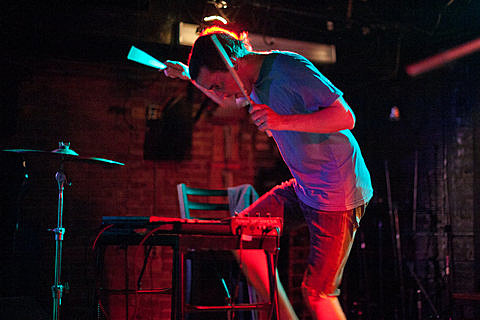 Javelin are finishing up a tour with Big Freedia which just stopped by Mercury Lounge on May 26. We already posted the Freedia pics. Here are the Javelin ones. They continue below.

Since that show Big Freedia played a Saturday night show at Brooklyn Bowl, a 3-song set later that night (at like 2:30am) at Drom, and B.O.M.B. Fest. Freedia and Javelin play together in Montreal tonight (5/31). Javelin play their next NYC show on June 18 at Glasslands with Delicate Steve, Terror Pigeon Dance Revolt, Bright Moments (Kelly Pratt of Beirut and Arcade Fire), and Harry Belafonte Live at Carnegie Hall. The show is presented by label Luaka Bop and is part of the Northside Festival. Tickets are still available. Flyer and more tour dates below.

Javelin is currently in the process of completing a Canyon Candy short film. The film is their companion to the Canyon Candy 10". According to Javelin's Kickstarter campaign:

The lone survivor of a brutal massacre, a young girl is plunged into hallucinatory chase through a day and night in the American Southwest. Directed by Mike Anderson and produced by Oscar Boyson, Canyon Candy is unlike any previous Western. Part poem, part play, a modern silent film wholly created on a soundstage: this is the first western of its kind to be shot in the New York Metropolitan Area since The Great Train Robbery was filmed in Milltown, New Jersey in 1903. Completely handmade, Canyon Candy will employ old studio western methods such as rear-projection, dioramas, and scenic matte painting to create a stunningly unorthodox visual rendering of the American West. Javelin's original score fuses original compositions with dollar-bin mined samples.

Check out a video from the Kickstarter campaign with Javelin, some stills from the film, all dates, more pics from Mercury Lounge, below... 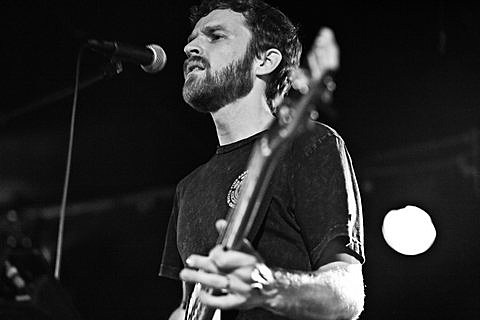 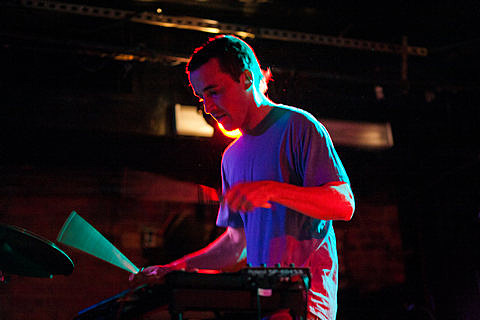 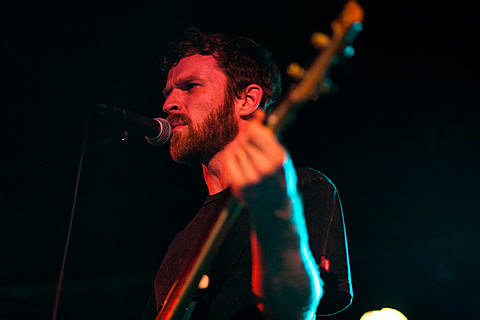 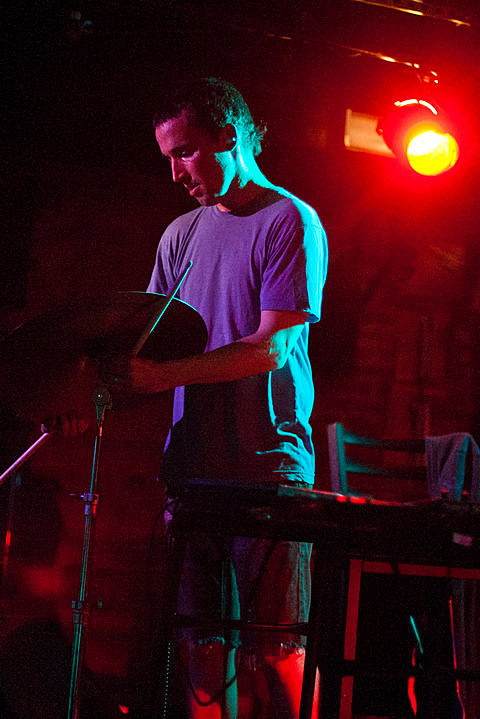 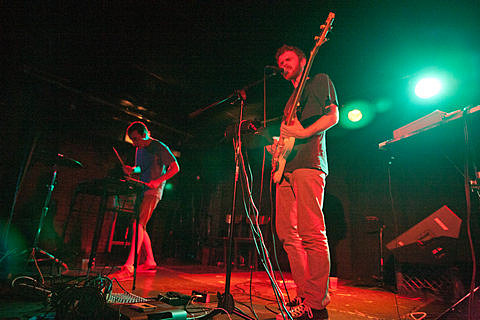 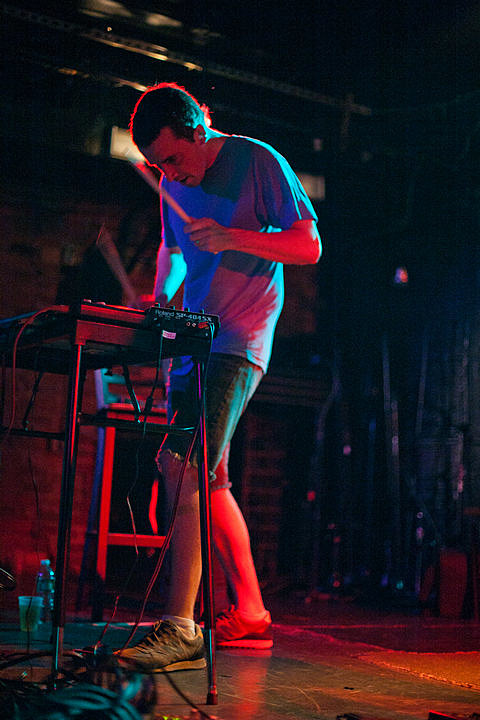 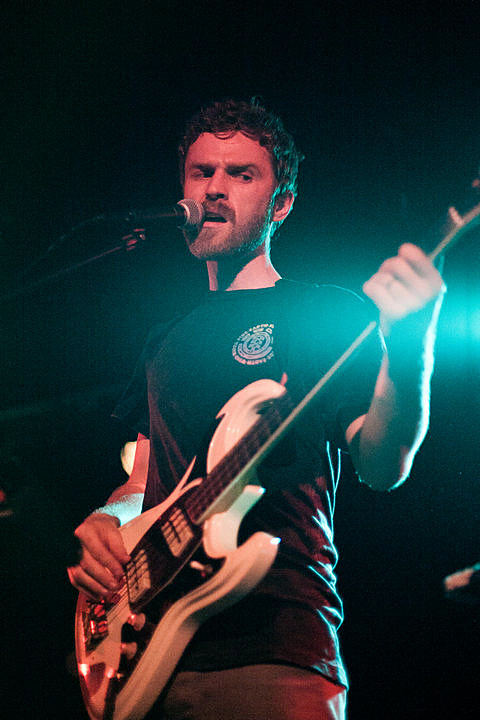 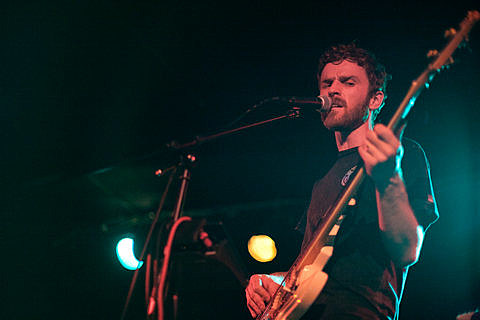 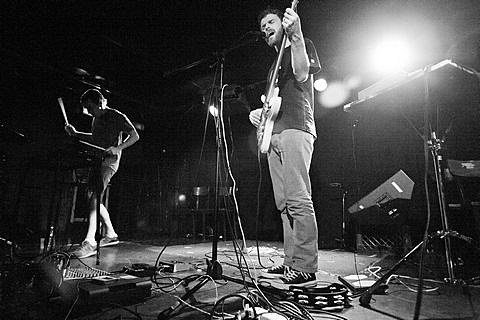 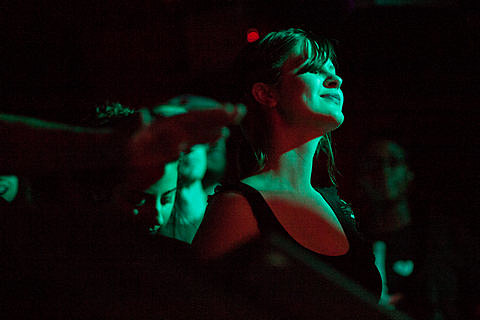 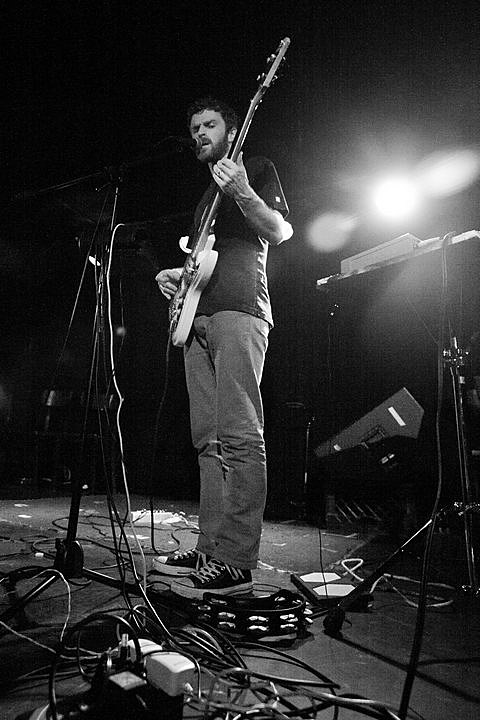 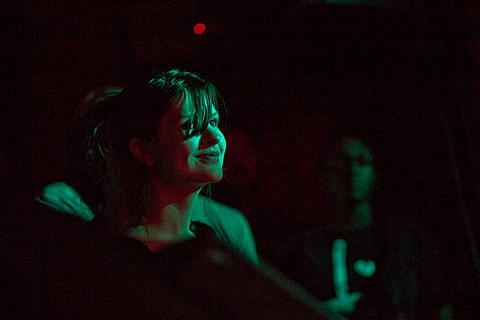 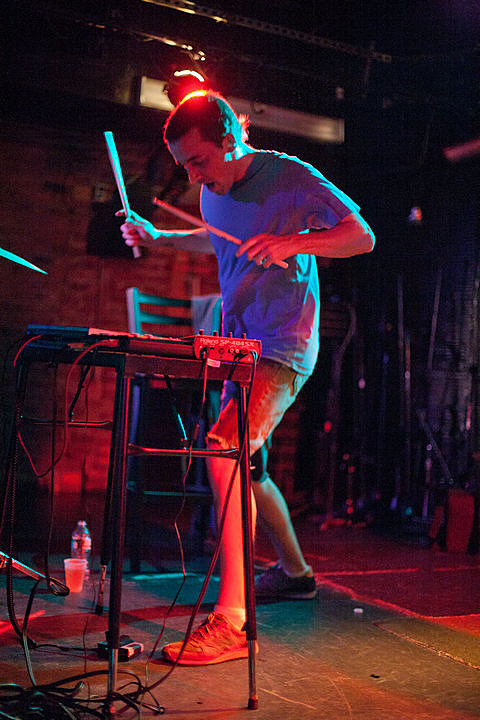 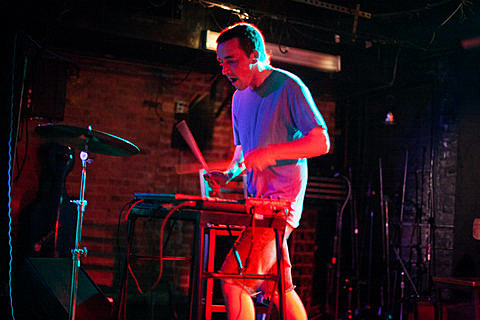 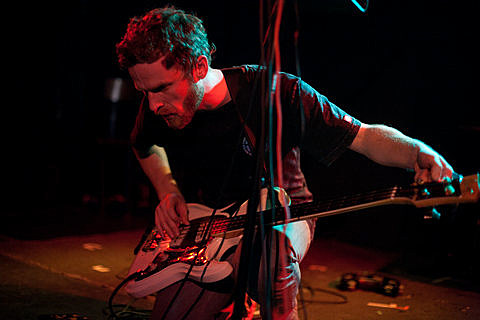 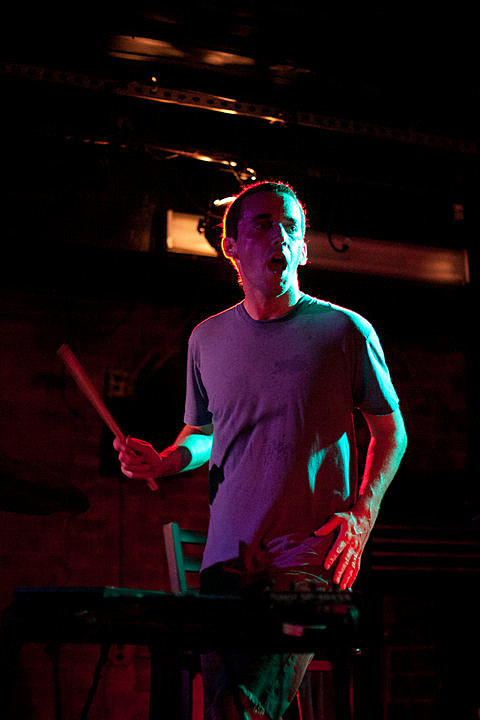 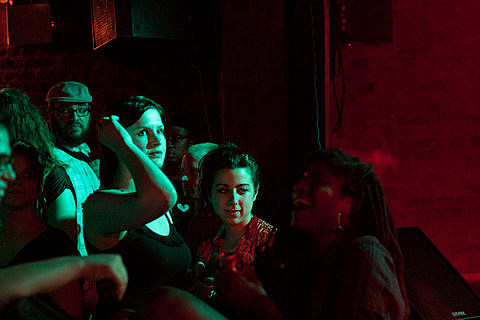 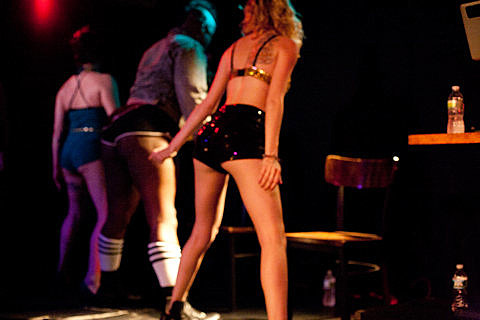 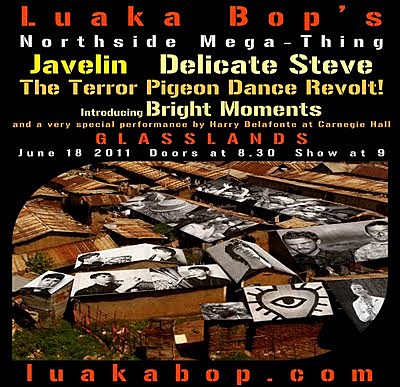 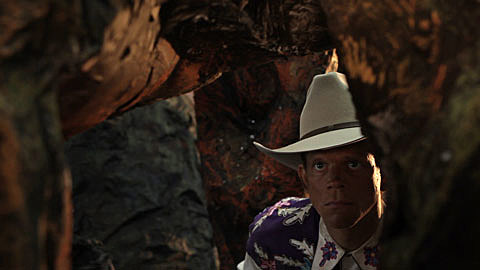 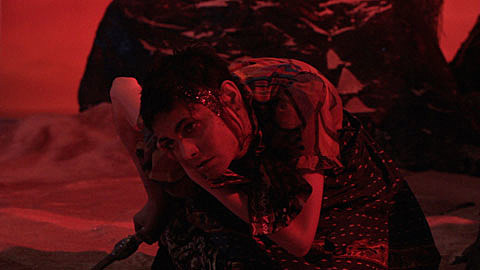 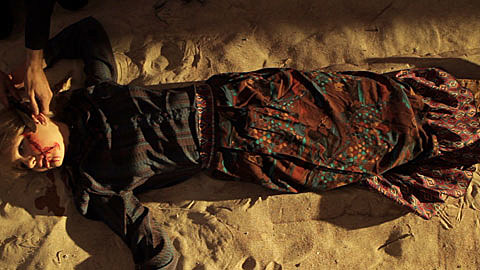