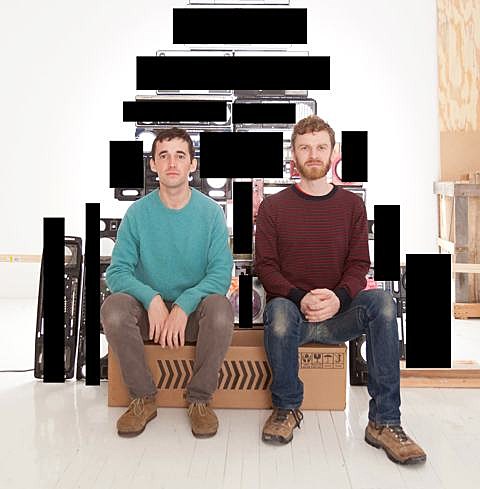 Javelin will be back with their second album, Hi Beams, on March 5 via Luaka Bop. Unlike their first album which the band made themselves on the cheap with a computer, Hi Beams was recorded at Machine With Magnets studio in Pawtucket, RI using vintage equipment, real microphones and the like. Was it worth it? Check out "Nnormal" from it below.

You can hear some other new songs, probably, when the band starts playing shows again next month. A proper tour starts around the album's release date, but there's a few East Coast shows before that, including one at Shea Stadium on February 1 with Guardian Alien and Life Size Maps. Advance tickets for that show are available.

All tour dates are listed below, along with the new song stream.