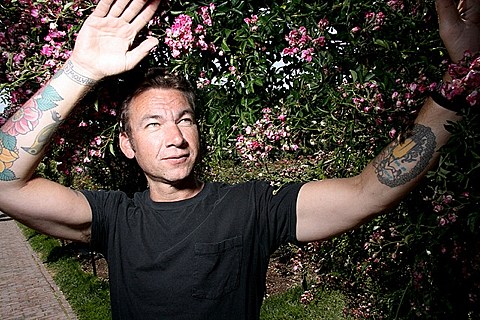 United Nations member and music writer Jonah Bayer is one of the co-hosts of the ongoing Going Off Track podcast with former Steven's Untitled Rock Show host Steven Smith, SURS producer Mike Cangemi, and former member of '90s punk band The Goops, Brad Worrell. Their next taping is at Brooklyn's Union Hall this Saturday (7/25) with some pretty special guests. One is Jawbreaker/Jets to Brazil frontman Blake Schwarzenbach, and another is Jonah's sister Vanessa Bayer who you know from her Sound Advice series and SNL. Also appearing is Eddie Stern and Christopher Norris. Tickets are on sale now. Flyer below.

While we wait for Blake to (possibly never) reunite Jawbreaker -- they have been reissuing records and made a video though -- he did put out a new solo song this week called "Sanity Is Waiting." He made it with clean guitars and electronics, but it actually sounds closer to classic Blake Schwarzenbach than that sounds like it would. Listen below. 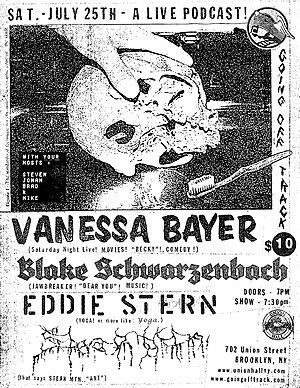