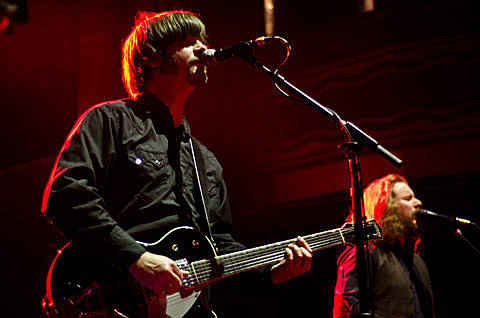 Jay Farrar (Son Volt, Uncle Tupelo) doesn't appear to have touring plans at the moment, but he will be coming to NYC for a two-night run at City Winery on February 8 and 9, which are his only currently announced shows. Tickets for night 1 and night 2 are on sale now.

Those shows are just a few days before Jay's former Uncle Tupelo bandmate John Stirratt brings his duo with Pat Sansone (also both of Wilco), The Autumn Defense, to NYC for a show at Highline Ballroom (2/11). Tickets for that show, which T. Hardy Morris opens, are still available.

Watch a Jay Farrar video below...