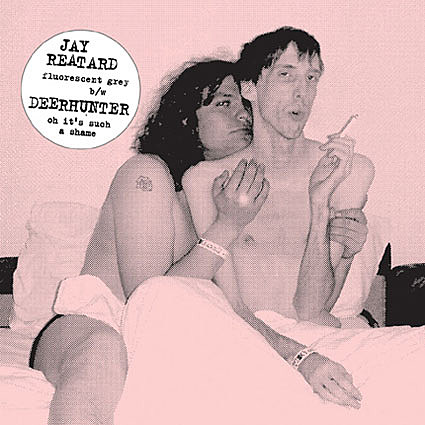 Jay Reatard's limited edition, 7" extravaganza just got more interesting. Making it likely more difficult to get a 7" this time around, the fourth part of six in the series finds Jay joining forces with none other than Deerhunter. Not only that, but they did covers of each other's songs. Jay covered Deerhunter's "Fluorescent Grey," while Deerhunter did Jay's "Oh, It's Such A Shame" (which was previously available on Bradford's blog as an Atlas Sound cover). The split 7" will be released on July 22 and Matador will release all of the 7"s as an LP in the fall. If you haven't been keeping up with the releases thus far, this is what it looks like:

The artwork for the first three releases has been great and the newest one continues that trend. No, it doesn't have a silkscreen print on the b-side like the "Always Wanting More" 7"... 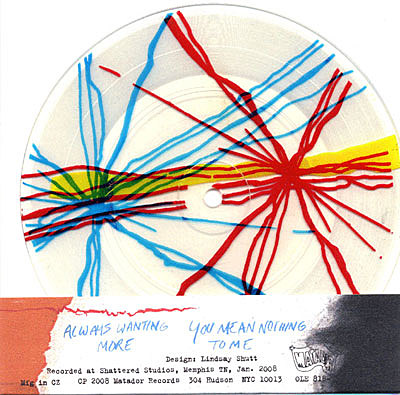 Or a beautiful rat in a hand like "Painted Shut",... 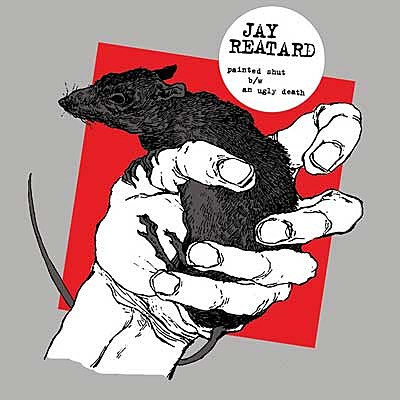 ...BUT it does show Bradford enjoying a cigarette, while Jay is resting on his shoulder, all glossed over with a soft, pink tint! The photo was taken at this past May's All Tomorrow's Parties festival in Camber Sands, UK, .

You can catch both of the cover boys at the Pitchfork Festival in Chicago on July 18-20 (Jay Reatard & Atlas Sound both play on the 19th). Jay will also be at Prospect Park in Brooklyn on July 15, where he'll be opening for Spoon. I wonder if Jay will have to handle any rowdy Spoon fans like he handled that kid in Toronto. All tour dates below.

Atlas Sound have a tour scheduled as well, including a free show with El Guincho at South Street Seaport on July 25th. 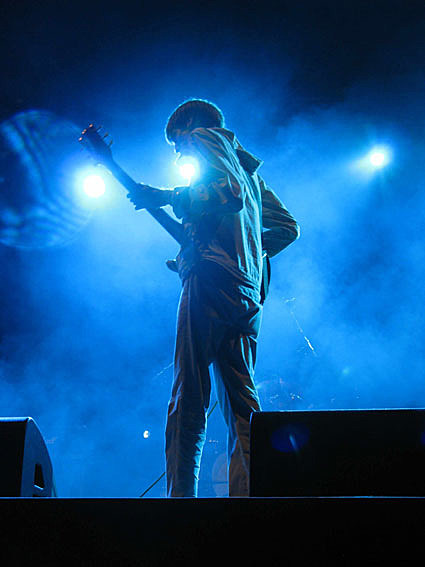 Deerhunter will also be on the road this summer, playing tracks their new album Microcastles for the masses, mostly at huge venues opening for Nine Inch Nails, and once for free at McCarren Pool on August 3rd with Black Lips and King Khan & The Shrines.