Jay Som's fall tour hit Brooklyn on Friday (10/25) for a sold-out show at Elsewhere Hall. Melina Duterte, who is Jay Som, was a little under-the-weather but didn't let it slow her down (though she did accept tissues from someone in the front row), playing a set heavy on her new album Anak Ko including "Get Well" which seemed appropriate. (We hope you got well soon, Melina!). When she asked for Elsewhere's big disco ball to be turned on, it gave the evening a prom night feel, heavy on dreamy slow dances.

Boy Scouts (aka Taylor Vik), who released Free Company back in August via Anti-, opened the night. Photos from the night are in the gallery above and a picture of Jay Som's Elsewhere setlist is below. 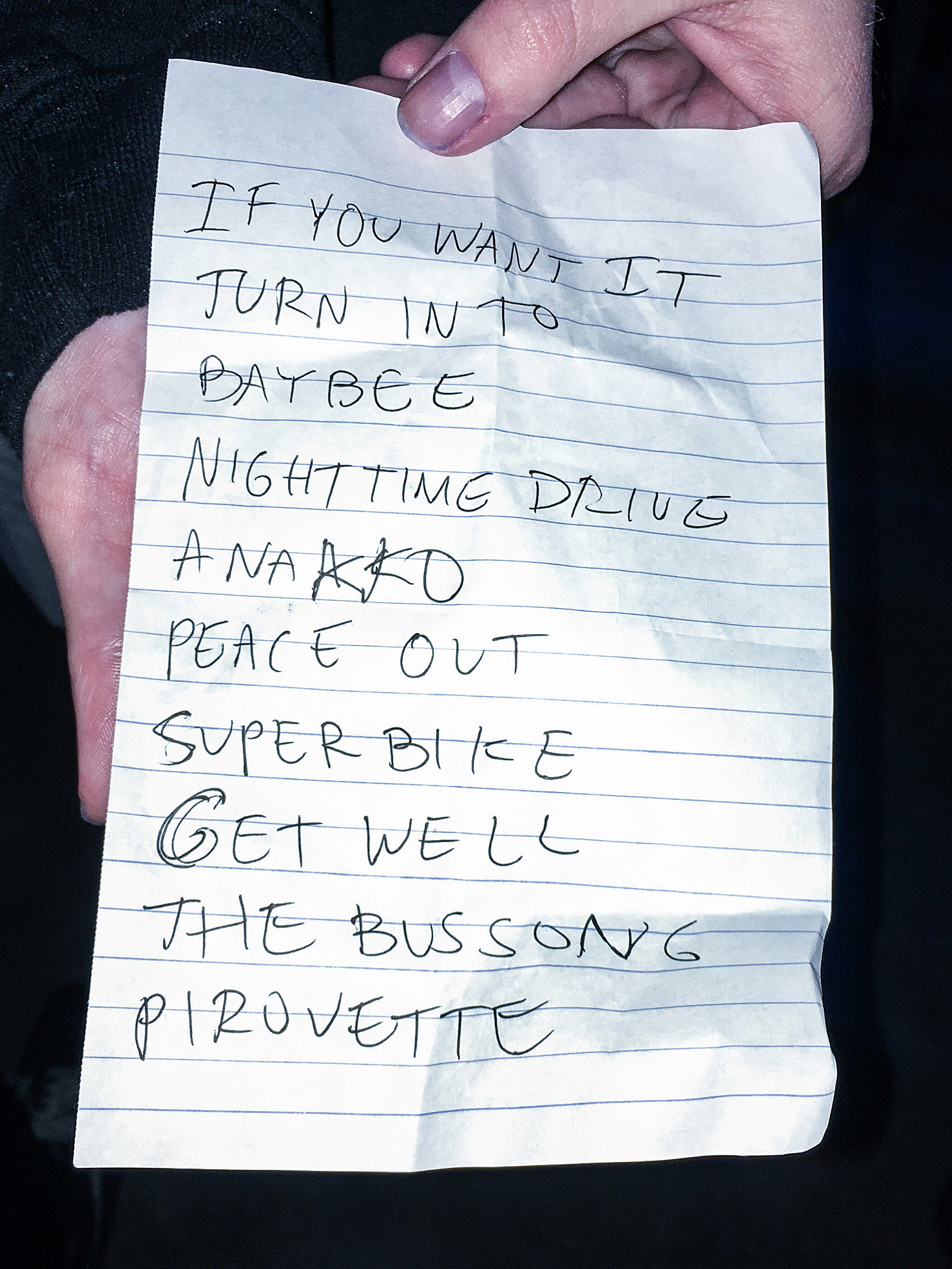