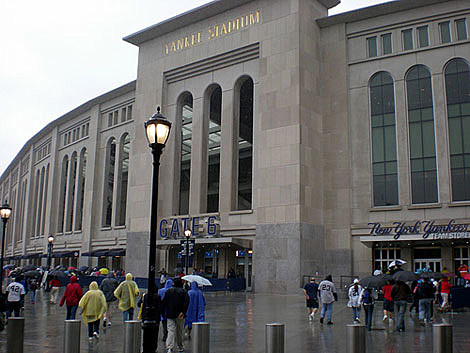 The lyrics to Jay'z "Empire State of Mind" are sometimes as raw as New York, but it looks like the rapper will clean up that language when he performs his city anthem at the World Series.

A source close to the rapper who requested anonymity because the person was not authorized to speak on the matter says Jay-Z won't utter curses or other raw language included in his hit, which has been blasted by the New York Yankees during their playoff run.

Jay-Z and fellow New Yorker Alicia Keys were due to perform "Empire" before Game 1 between the Yankees and the Philadelphia Phillies on Wednesday at Yankee Stadium. But because of rainy weather, their performance will now be on Thursday. It's not clear if Game 1 will be postponed. [AP]