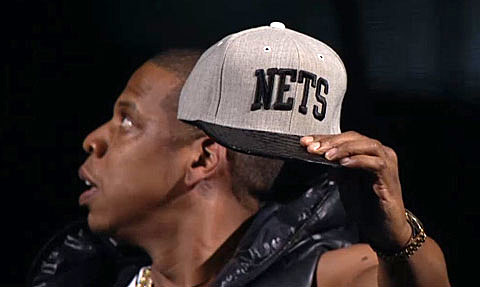 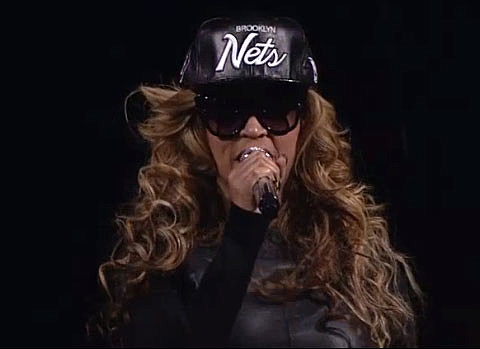 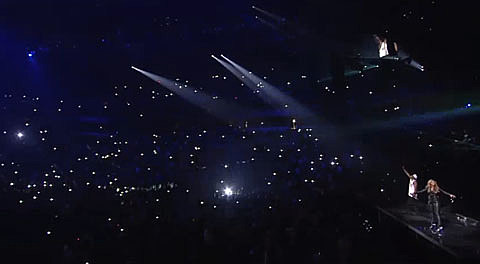 Were you at Barclays Center, or were you one of the 50,000+ people streaming Saturday night's Jay-Z show on YouTube? If you answered 'yes' to either, or maybe because you already looked at Twitter, then you know that Jay, who kept special guests to a super minimum over the course of eight Brooklyn shows, brought out Beyonce to help end it in style. Literally - she played with him earlier in the show (Nets advertisement on her head included), and then returned to sing "Young Forever" with him to end the encore.

The setlists were very similar each night. You can look at night one's HERE, and compare that to Saturday night's setlist, along with some videos from the show, below...

--
Diva" and "Crazy in Love" with Beyonce

setlist: Oct 6, 2012 - Jay-Z @ Barclays Center, Brooklyn, NY, USA
Where I'm From
Empire State of Mind
Brooklyn Go Hard
Juicy (The Notorious B.I.G. cover)
U Don't Know
99 Problems
Run This Town
On to the Next One
Dirt Off Your Shoulder
I Just Wanna Love U (Give It 2 Me)
Big Pimpin'
Clique
'03 Bonnie & Clyde
Diva (with Beyoncé)
Crazy in Love (with Beyoncé)
Dead Presidents II
Can I Live
Public Service Announcement
Heart of the City (Ain't No Love)
Hard Knock Life (Ghetto Anthem)
Encore

Encore:
What More Can I Say
Anything
Izzo (H.O.V.A.)
Jigga What, Jigga Who
Money Ain't a Thang
Take You Home With Me
What They Gonna Do, Part II
Excuse Me Miss
I Wanna Rock (verse) (Snoop Dogg song)
3 Kings (verse) (Rick Ross song)
Young Forever (with Beyoncé)
--