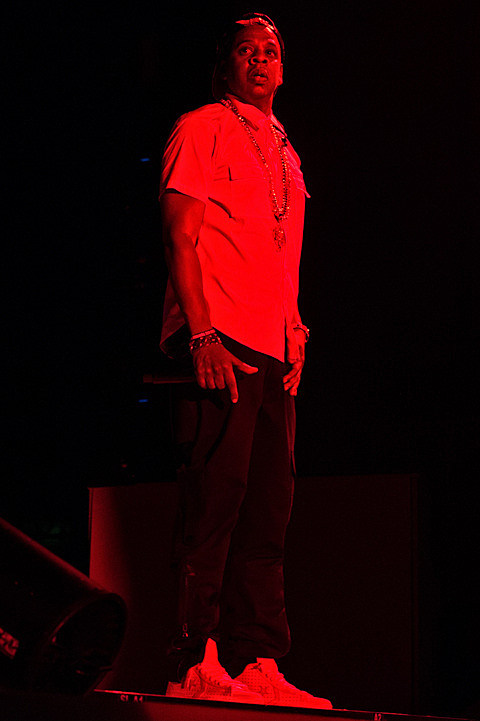 At Jay Z's Made In America Festival last weekend (8/31-9/1), he announced that he'd be doing a world tour in support of this year's Magna Carta Holy Grail, and that North American dates would be announced soon. Well, on the same day that Kanye announces his tour, Jay decided to confirm his as well.

The tour comes to NYC for two shows at Jay's own stomping grounds, Barclays Center on January 12 and 13, and other area dates include Mohegan Sun on January 17, Nassau Coliseum on January 19, and Prudential Center on January 22. A Citi cardmember presale begins Monday (9/9) at 10 AM, and Live Nation Mobile App and Facebook presales start Wednesday (9/11). More info on the Facebook presale at the tour's Facebook event (yeah, Jay Z's world tour has a Facebook event). General on-sales begin Thursday, September 12 at 10 AM via Ticketmaster.

Jay's wife Beyonce also has two upcoming Barclays Center shows, his collaborator Justin Timberlake has one, and JT's newest collaborator Drake has one as well. And like we just said, Kanye.

Jay Z meanwhile is reportedly selling part or all of his stake in the Brooklyn Nets to Jason Kidd.

All Jay Z dates are listed, along with the video for "Holy Grail," below...